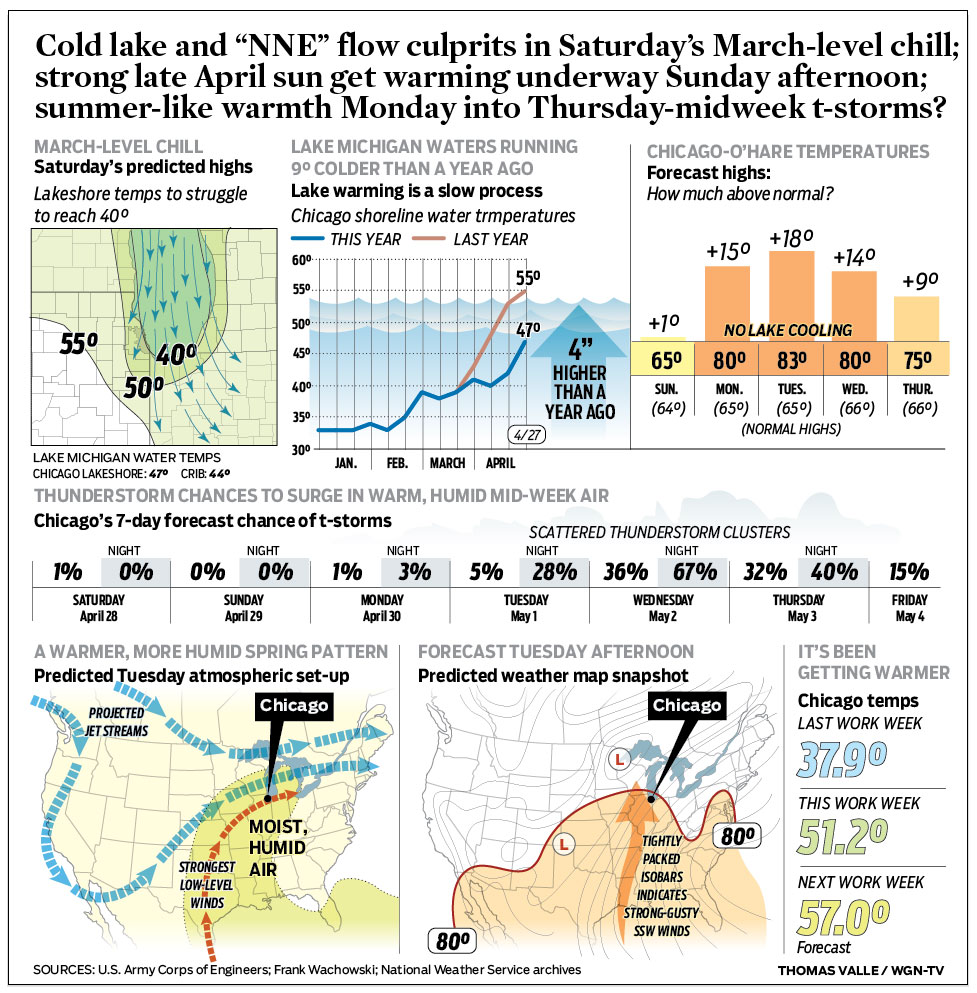 Winter storm wreaks havoc from the Great Lakes to Dixie

Does rain or snow seem to miss a location more often than surrounding places?

Dear Tom,I live in Brookfield and I have noticed that as many storms approach my area, they tend to split to the north or south of me.

Dear Earl,You have stated a version of the belief that rain or snow seems to miss a location more often than surrounding places, but it's just not true. Averaged over a sufficiently long period of time, precipitation strikes all locations equally, but there are exceptions. On average, there is slightly less precipitation to the far north than to the far south of Chicago. City temperatures also run higher than outlying areas and consequently rain/snow winter borderline events produce more rain in the city than in outlying locations. In addition, lake-effect snow tends to occur more frequently near Lake Michigan and to the southeast of the city.

Heavy snow from 4 to 8-inches is expected across the Chicago area in counties along and north of Interstate-80 later today into Tuesday with a little less snow (2 to 5-inches) and a wintry mix of sleet/freezing rain/ice to the south of Interstate-80 and east. Hazardous travel conditions are expected in all directions.

Hazardous travel conditions will exist into central/southern Illinois and all adjoining states. The affected areas are outlined on the headlined map - pink areas under a Winter Storm Warning for heavy snow and purple-shaded areas under a Winter Weather Advisory for accumulating snow and in most areas mixed with freezing rain/sleet and ice accumulation.

Winter storm wreaks havoc from the Great Lakes to Dixie