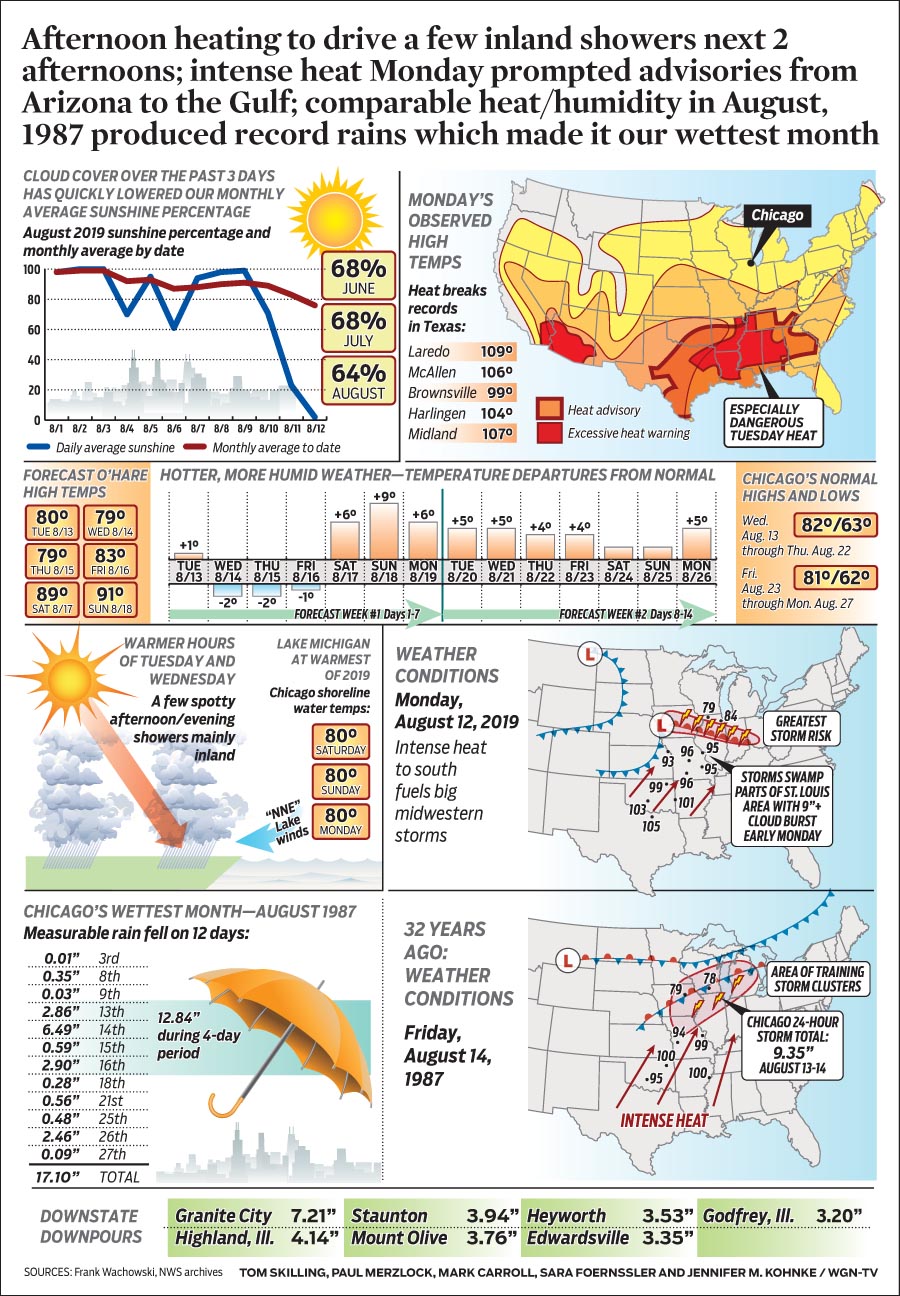 What would happen if an airplane flew into a tornado?

Dear Tom,What would happen if an airplane flew into a tornado?Ralph BennigerDear Ralph,It's an exceedingly dangerous scenario -- easily the worst possible wind shear situation imaginable in a thunderstorm. While tests have been conducted exposing aircraft to virtually all other meteorological hazards, any conclusion on the outcome of a tornado encounter is pure conjecture. The results in the air would be no better than an aircraft exposed to a tornado on an airstrip.The National Transportation Safety Board tells us no explicit record exists of an aircraft/tornado encounter. At least a close encounter with a tornado in the potentially tornadic southwest quadrant of a thunderstorm involved the crash of a Southern Airways DC-9 near Hope, Georgia, on April 4, 1977.

Rivers continue to fall – Flooding still on segments of the Fox, Illinois and Kankakee Rivers, but anticipated rains Thursday could change the picture

Rivers in northeast Illinois and northwest Indiana continue a steady fall this Wednesday morning. At 7AM Moderate Flooding was occurring on the Fox River from near Algonquin to the Red Gate Road with Minor Flooding to bankfull conditions farther upstream at Lake Villa and Harvard. Minor Flooding is ongoing from Starved Rock to LaSalle on the Illinois River and on the Kankakee River at Shelby from DeMotte to the Illinois/Indiana state line.

Thursday's weather could complicate the picture considerably. One to two-inches of rain could fall over our area with the approach of a cold front from the northwest and a slow-moving upper-low pressure to our south and a warm moist unstable air mass in place overhead. Widespread showers and thunderstorms are expected to move into and develop over our area during the day and continue Thursday night. The National Weather Prediction Center has much of the Chicago area under a Slight Risk for excessive Flood-producing rainfall Thursday - see map below.

Fugitive UConn student suspected in 2 murders is arrested in Maryland

“Can you catch COVID-19 during an elevator ride assuming all are wearing masks?” Dr. Murphy answers viewer COVID-19 questions 5/28