[7:45 PM Update] An axis of extremely heavy rainfall continues this evening near the I-80 corridor. Flash Flooding is expected w/ hourly rainfall rates of 1-2" (locally higher) per hour. DO NOT drive through flooded roadways. A strong-severe threat exists. I-80 & S. pic.twitter.com/Ikx5JU8kR0

Here is the scene from Grundy County, between Morris and Coal City from retired NWS employee, Bill Morris. He reports that more than 4" of rain has already fallen. #ilwx @WGNNews pic.twitter.com/H47Ut6z5wu

A Severe Thunderstorm Warning has been issued until 9:30 p.m. for Porter, Newton and Jasper counties in Indiana.

A Severe Thunderstorm WARNING has been issued for Lake, Porter, Newton and Jasper County, IN. #inwx https://t.co/UVP5QNNYGf

Both teams now will be scheduled to play 161 games in the 2019 season. The National Weather Service has issued a Flash Flood Watch for Cook, De Kalb, DuPage, Ford, Grundy, Iroquois, Kane, Kankakee, Kendall, La Salle, Lee, Livingston, Ogle, and Will counties in Illinois. Benton, Jasper, Lake I, Newton and Porter counties in Indiana are also included.

2:20PM: Just In- NWS issues a Flash Flood Watch for Chicago and most suburbs. (Watch does not include McHenry or Lake-IL counties).

Thunderstorms will produce torrential rainfall with hourly rainfall rates of one to two inches or more at times. Including rain that has already fallen, some locations may observe rainfall totals of over five inches. The (Peoria) Journal-Star reported firefighters in that city rescued two people from their homes, one with at least 2 feet of standing water. The National Weather Service says more than 2 inches of rain fell in an hour at Pontiac Airport in Livingston in south central Illinois. 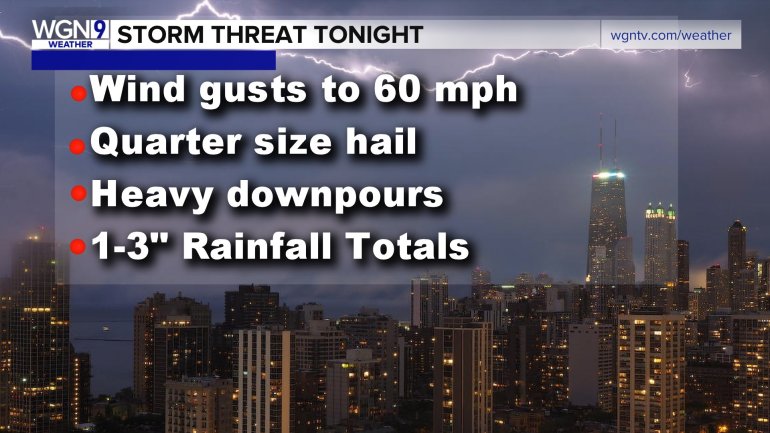 Update 1PM CST...Visibility has generally improved across northeast Illinois and northwest Indiana this Sunday afternoon, but is still restricted in a few areas and will continue to be low along the Lake Michigan shoreline until later this afternoon (grey-shaded areas and visibility on maps below).As the center of low pressure moves off to the northeast, the associated cold air is still expected to sweep into our area from the northwest later this afternoon/early evening - lasting through Monday before southerly winds bring a warming trend beginning Tuesday.

Chicago’s volatile Marches: A month for all seasons

32-year-old man found dead after shooting on South Side

What was the worst day in Chicago for lowest temperature and most snow?