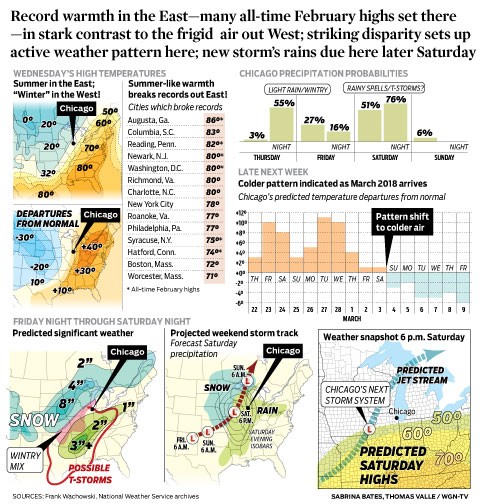 What is the latest date in fall that a tornado touched down in the Chicago area?

Dear Tom,What is the latest date in fall that a tornado touched down in the Chicago area?Tim Panfil Des PlainesDear Tim,The Chicago area has been struck by tornadoes in every month of the year. The prime time for tornadic activity is in late spring and early summer with the April through June period accounting for nearly half of the activity. When considering significant tornadoes (EF-2 or stronger), April leads all other months in the number of occurrences. That being said, a tornado that struck in Arlington Heights during the evening of December 6, 1951 is the area’s latest in the season. The area’s earliest in the year twister occurred on a balmy 65-degree January 7, 2008 when an EF-3 tornado traversed a 13.2 mile long path from near Poplar Grove in Boone County to just north of Harvard in northern McHenry County.