It starts with a period of snowfall starting late Wednesday night that could bring light to moderate accumulations. The snow is due to reach the city sometime between midnight and 3 a.m., and may impact Thursday morning's rush hour. With snow falling occasionally throughout the day Thursday, it could end up laying down 1-3 inches of accumulating snow by Thursday night. 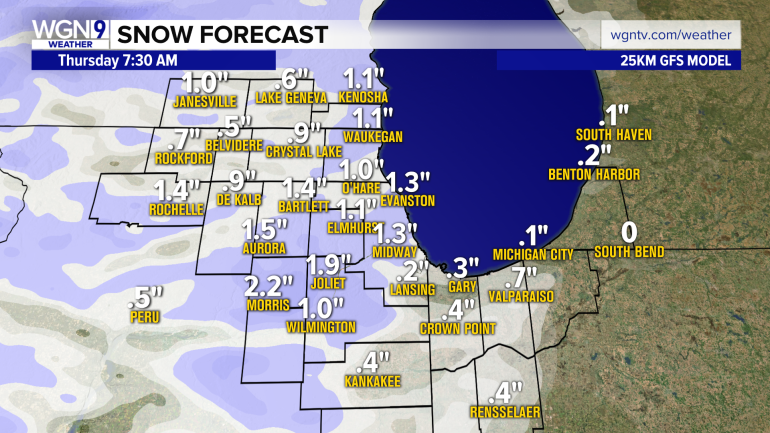 As temperatures move above freezing, a period of rain, snow and wintry mix could move in either late Thursday night or in the pre-dawn hours of Friday, and lasting into the early evening. Precipitation could change to rain during this period in the south and Indiana suburbs, while staying as mainly snow in northwest sections of the metro area.

Precipitation is then expected to change back to a period of snow Friday night/Saturday, with some additional accumulations likely.

Despite a few messy days ahead, the overall temperature trend remains well above normal going through next week and the remainder of January 2020. A punch of colder arctic air continues to be advertised as arriving later in the first week of February. 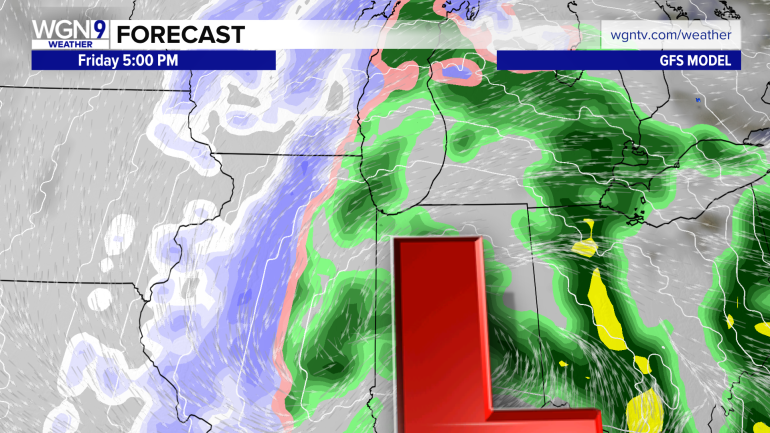 Chill to ease as February comes to a close

February’s closing days have been quite chilly with highs holding near or below freezing, despite sunshine and minimal snow cover. However, a warm-up begins Saturday as the mercury heads toward 40 and arrives with a flourish on Sunday as readings surge into the middle 50s on the first day of March as well as meteorological spring. However, the warmth will be short-lived as a cold front drops temperatures back into the lower and middle 40s Monday where they will reside for the rest of the work week. Northeast winds will accompany the cooler weather keeping lakeside readings closer to 40  on most days. No major precipitation is expected, though some light showers are possible mid-week, especially south of the city.  Another warm-up appears to be on tap for next weekend with readings expected to again climb into the 50s.

My father always talks about a tornado that hit the southeast side of Chicago near 87th and Cottage Grove in the 70s or 80s. Can you provide any details?

Another warm, mild Sunday in store

For the latest weather updates, go to wgntv.com/weather.