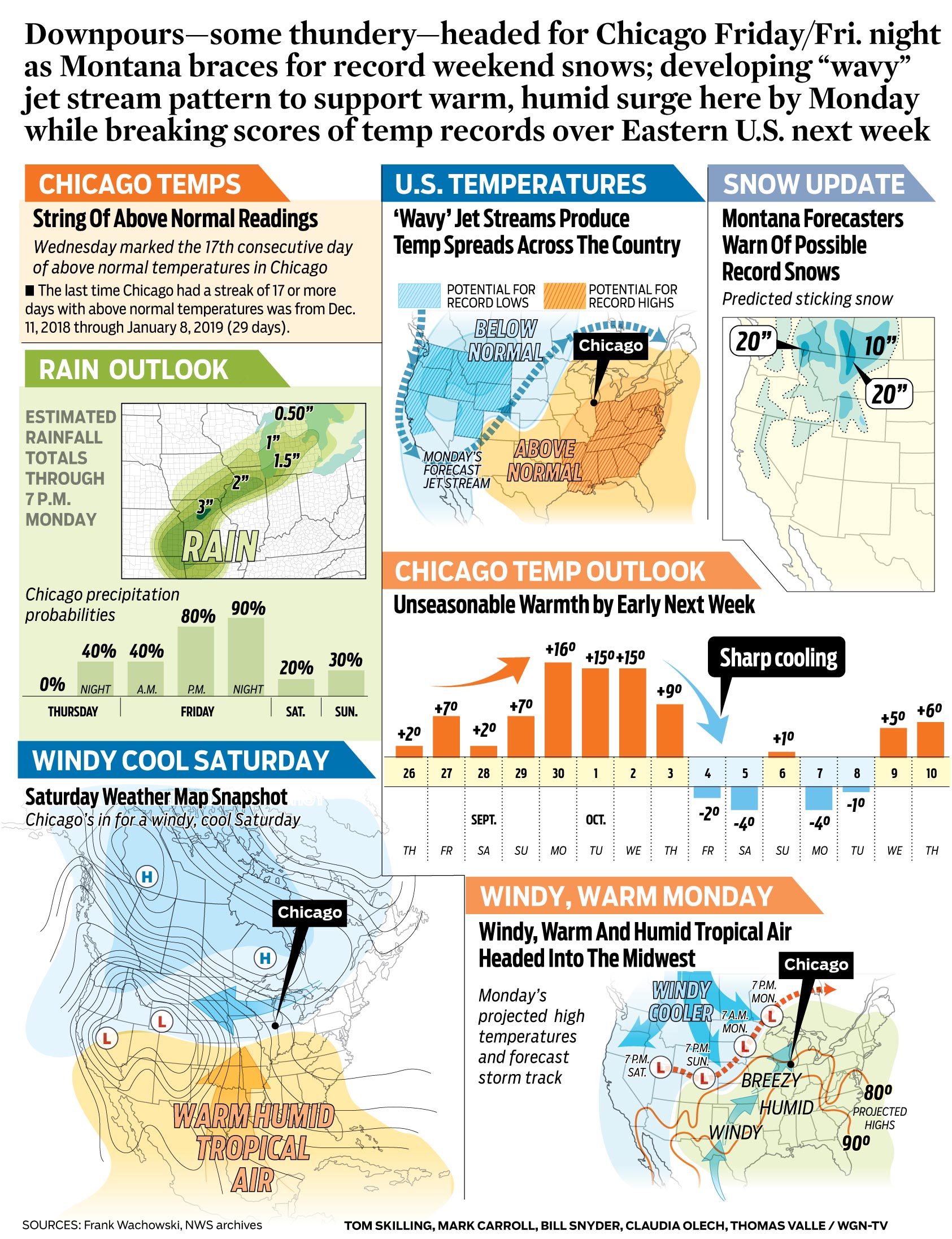 When was the last time we had a major snowstorm in March?

Dear Tom,When was the last time we had a major snowstorm in March?—Judy Davis Gary, IndianaDear Judy,March snowfall is common in the Chicago area, with at least a trace of snow occurring in every March since the city’s snow climatology began in the winter of 1884-85. While big March snowfalls don’t occur every year, about one in four Marches logs a day with at least four inches of snow. Three of the city’s top eleven snowstorms have occurred in March, with the 19.2-inch storm on March 25-26, 1930 ranking as the city’s sixth-largest. The city’s last big March snow was on March 13-14, 2017, a combination of system snow and lake-effect. City totals included an official 7.3 inches at O’Hare and 9.2 inches at Midway, but some areas near Lake Michigan near Waukegan measured as much as 14 inches.

For the latest weather updates, go to wgnv.com/weather.

What’s Chicago’s longest-standing weather record, and which records might never be broken?