CHICAGO – A late winter blast of snow had Chicago area residents dusting off their shovels Monday.

The snow snarled the morning commute for many but the area’s snow drought has ended. 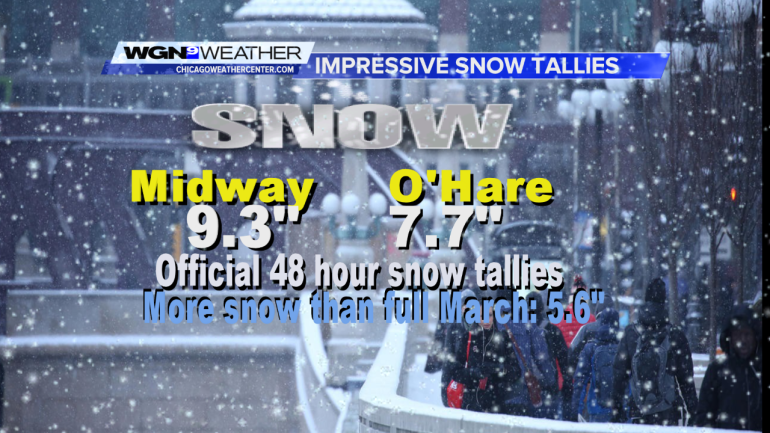 The 83-day period from December 19th through March 11th produced a paltry 0.7” of snow in Chicago.  Then the drought came to an end in just three days, with 11 times that amount: 7.7” falling at O’Hare Airport and 9.3” at Midway Airport.

The tallies are more than the 5.6” a full March typically produces. They also exceed the 2.6” monthly total in March of 2016.

The snowfall is over for most of the Chicago area, and sunshine returns Wednesday with the exception of Porter County in Indiana, where bursts of lake effect snow is likely to linger through midday. 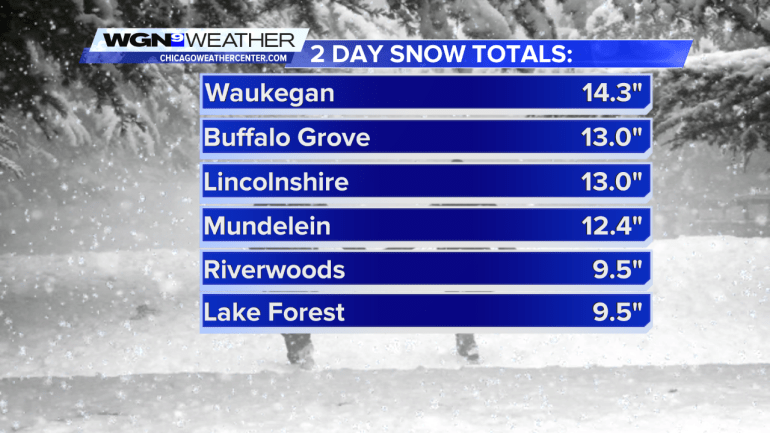 While many areas recorded impressive three-day snowfall totals, the northern suburbs in Lake County were hardest hit. Totals in excess of a foot were common from Waukegan to Mundelein.

Video taken by driver passing by arrest of Highland …