CHICAGO —  If it’s been your impression that this has been a wet and gloomy year, you’re spot on!

At midnight we close the books on one of the wettest, cloudiest years in recorded history in Chicago. 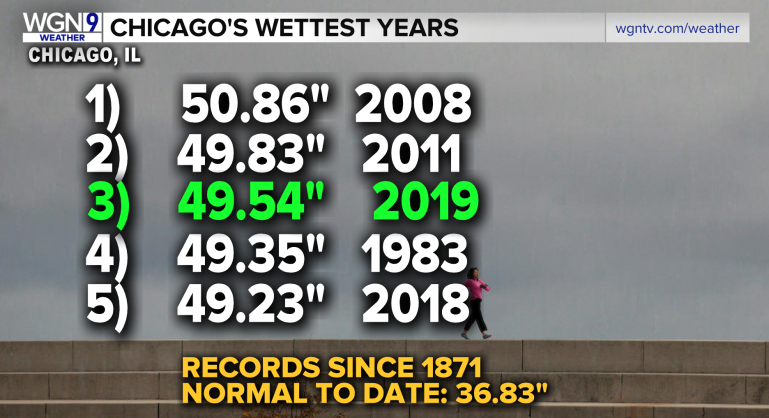 The other big story is the lack of sunlight. Sunshine was in short supply much of 2019. Only two of the 12 months (July and December) finished with a sunshine surplus.

According to Chicago weather historian Frank Wachowski, who measures sunshine data on the city’s South Side, reports that 47 percent of the city’s possible sunlight occurred versus the normal yearly total of 54 percent, tying 1992 for the cloudiest year since sunshine observations began in 1894. 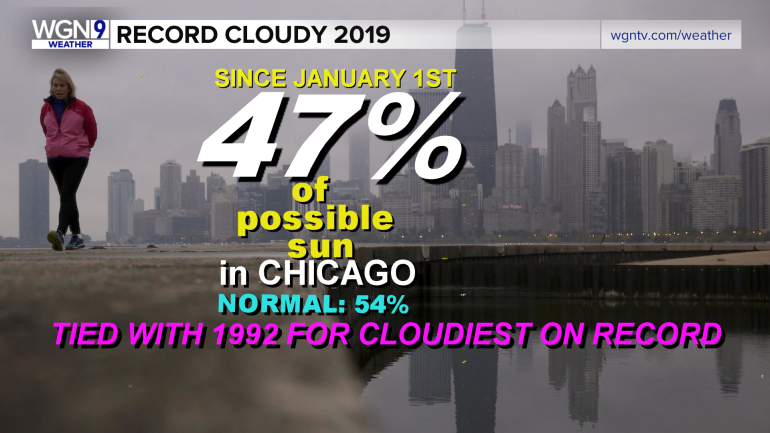 For the latest weather updates, go to wgntv.com/weather.

Dear Tom,Aren’t the weather records for Chicago skewed since the official weather reporting station was moved from Midway Airport to O’Hare Field? I’ve seen significant variations between the two.Jim Mallord, ChicagoDear Jim,Variations do exist. Frank Wachowski, a 39-year National Weather Service veteran who headed up the Chicago weather observation network for years (and still observes in the Midway Airport area for the Weather Service and this column) says that Midway averages a bit warmer and wetter than O’Hare. Wachowski notes that Midway averages 39.09 inches of precipitation annually compared on O’Hare’s 36.89 inches. The Midway record is also longer than that for O’Hare, dating back to 1928 vs. O’Hare’s 1958. The urban heat island and the lake contribute to fluctuations between the stations.

Blind pug and his seeing-eye chihuahua need your help