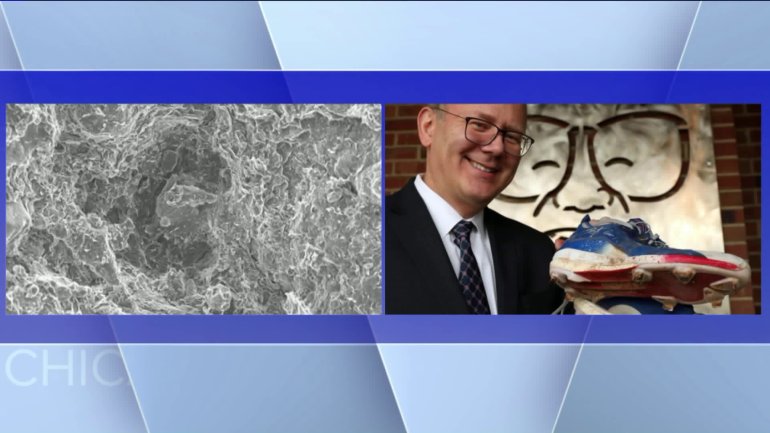 CHICAGO – Chicago Cubs fans are a superstitious bunch, more used to dealing with omens of bad luck than good. But Harry Caray’s restaurant is about to get a unique memento from the Cubs win.

Kris Bryant fielded the final out and broke the team’s 108 year drought to clinch a World Series win.

But that’s not all.

He told the Chicago Tribune  he sees images of the late announcer Harry Caray in the dirt splattered upon them.

Deporter had the dirt examined under the microscope.

He says he sees the Cubs bear, and the Cubs famous C logo in the images too.

MESA, ARIZ. - Talking about this kind of thing just hasn't been much of an issue for him since he joined the club back in 2012.

In May of 2013, Anthony Rizzo signed a seven-year, $41 million contract to ensure his future with the franchise the rest of the decade. Since then, the first baseman has been the rock for a club that's made the playoffs five times in the last six years while winning a championship in 2016.

Anthony Rizzo hopes to get contract extension, remain with Cubs

CHICAGO — For the all of the uncertainty surrounding the future of the Chicago Cubs, Anthony Rizzo is sure of one thing.

Fauci: Whatever vaccine is available, take it

Man convicted of sexual assault, murder of toddler in 1997 released from prison

New York landlord accused of kidnapping tenants to evict them

Major closures in place on the Kennedy this weekend