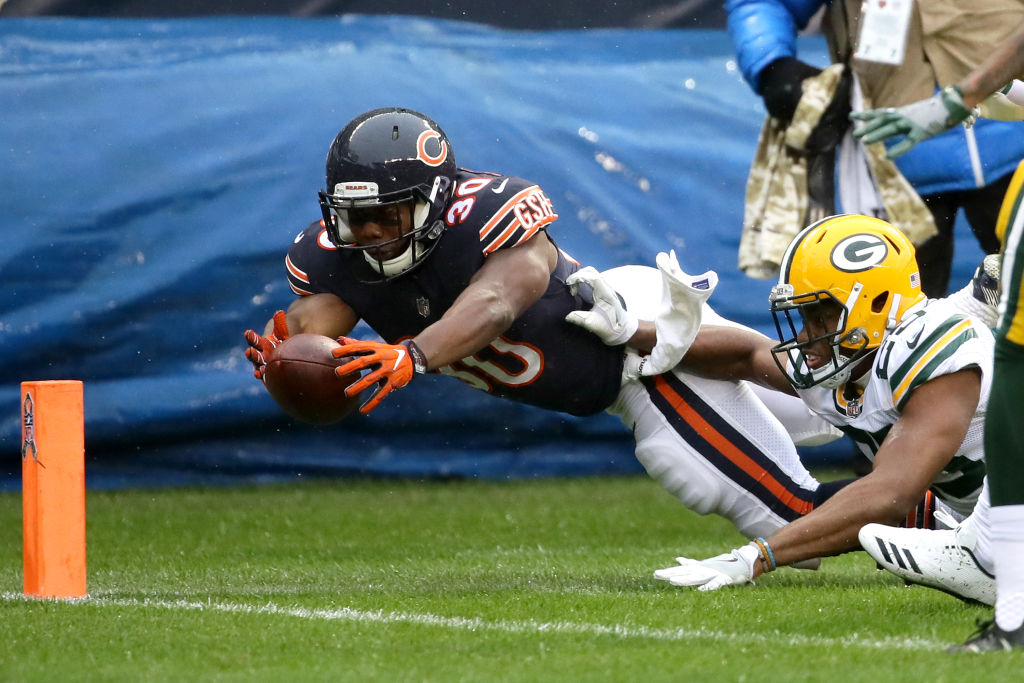 CHICAGO – John Fox has made some questionable calls in his three years as Bears head coach, but his decision to challenge a play Sunday may take the cake.

John Fox, when he realizes he just challenged his own team into a turnover pic.twitter.com/PiVybx8D0n

Instead of settling for a first and goal at the Packers three yard line, Fox opted to have the refs take a second look at Benny Cunningham’s diving touchdown attempt.

The review showed Cunningham lost control of the ball before it hit the pylon, resulting in a touchback for Green Bay.

“Looking at the review, he did not step out of bounds and started lunging toward the goal line (with both hands on the ball). As he was lunging toward the goal line, he lost the ball in his right hand first, probably, I’m going to guess, 2 feet maybe short of the pylon. As he got even closer, the left hand came off. We had to put together two different angles in order to see both hands losing the football. After he lost it the second time, it went right into the pylon. Which creates a touchback.”

Every touchdown is reviewed. Is every potential touchdown reviewed?

Bears coach John Fox thought his challenge would result in a TD.

… he was very wrong. @DeanBlandino explains this bizarre play. pic.twitter.com/LDY7tIAZPU

So Fox’s challenge not only didn’t lead to a touchdown, it gave the ball back to the Packers.

It’s worth noting Fox has the second-lowest winning percentage in Bears coaching history with a 12-28 record through his first 40 games.

LAKE FOREST - Most people expected a receiver to be the Bears' first contract extension of the 2020 season.

But as that negotiation continues with Allen Robinson, his agent, and Bears' management, another player has gotten his payday before the team's second game of 2020.

Finding consistency for Mitchell Trubisky starts with third down conversions

LAKE FOREST - In answering his first question of his weekly news conference on Wednesday afternoon, the Bears' starting quarterback neatly summed up the offense's first effort of 2020.

"We started slow and finished strong," said Mitchell Trubisky when asked what stood out to him when looking at the Week 1 video for the team against the Lions.

LAKE FOREST - This is something that's happened before around Halas Hall, and it did so in the still relatively young Matt Nagy era of the Chicago Bears.

Back in April of 2018, running back Jordan Howard deleted all of his mentions of the Bears from Instagram as rumors of a trade began to circulate. Some didn't know if it was an unspoken way for the player to show his displeasure or if indeed he was already traded.

‘It really is hard’: Family grieving after 30-year-old woman shot, killed in Harvey

Led by Tim Anderson, the White Sox power was on display in a win over the Reds