WOODSTOCK -- Crews from 15 different fire departments responded after a massive fire broke out just after 3 a.m. Saturday at an apartment building in northwest suburban Woodstock.

Fire officials responded after a neighbor walking his dog noticed the flames and called for help. From there authorities frantically knocked on doors trying to get people out safely.

“I was sleeping and a cop was knocking on the door, [I] got my girlfriend and ran outside and the middle unit – in front– was engulfed in flames,” said James Palubicki. "Thank god for Woodstock’s finest going door-to-door.”

Several people had to be rescued from their balconies. No one was seriously injured, but one woman was trapped inside her apartment and rescued. She was treated for smoke inhalation.

Witnesses say the wind swept across the shared roof of the building, damaging 32 apartments.

“I was just watching it and I couldn’t believe it was going, just spreading, then all of a sudden it stopped and went the other direction," Palubicki said. “It pretty much took out all the remaining apartments."

The cause of the fire is under investigation as the cleanup gets underway at the Willow Brooke apartment complex. 32 families had apartments in the building, and all of them now have to find somewhere else to stay. Throughout the day, residents collected whatever they could salvage, knowing they may not be home again for quite some time.

Joann Stadler lost her home of the last five years in the fire.

“The bed’s ruined, a lot of water damage, ceilings, water coming out holes in the celling; the top got it worse than mine," Stadler said.

The McHenry County Housing Authority and the Red Cross were at the scene offering help to those displaced Saturday. They say everyone has either been given a hotel voucher or placed in an unoccupied apartment at the complex. Woodstock Mayor Brian Sager said the 50 members of the 32 families affected by the fire have been helped.

"One of the greatest difficulties they’re facing is the unknown, and the unknown is going to be secure in our community," Sager said.

“Between the housing authority and the Red Cross working together here in Woodstock, all of those needs have been met," said the Red Cross' Jackie Speciale.

The Woodstock fire chief says in the early stages of the investigation the blaze does not appear to be suspicious, but they're still investigating and can't yet say how it started. 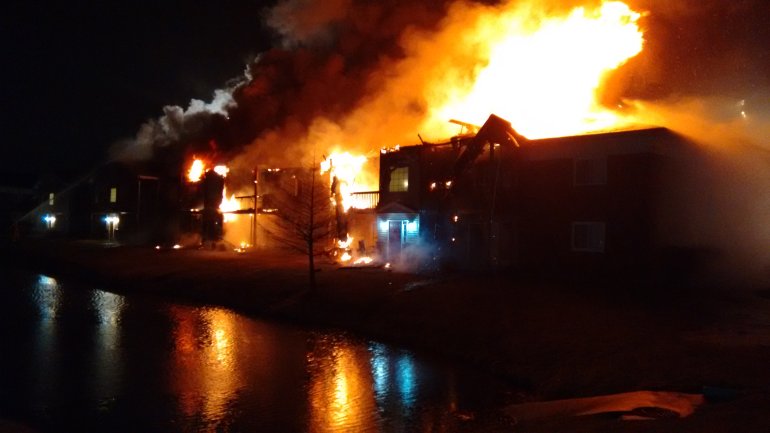 CLEVELAND (WJW)–  A convicted felon, who was out of prison for 36 days, now indicted on several charges after prosecutors said he broke into a teacher’s home while she was teaching remotely.

Charles Derosett was indicted by the Cuyahoga County grand jury this week on several charges including aggravated robbery and felonious assault.

NEW YORK (NewsNation Now) — COVID-19 vaccines are on the way — and so are the vaccine scams.

Security experts are warning Americans to be on their guard and avoid offers that sound too good to be true. It turns out there are a lot of them.

HIGHLAND PARK, Ill. — It may sound a little nutty, but her drive to share her delicious nut recipes with the world is an inspiration to almost anyone who has ever dreamed of opening a business.

And at 86-years-old Sally Schoch didn’t let age or the pandemic stop her.