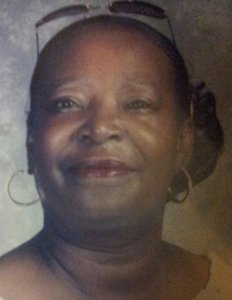 CHICAGO — A 67-year-old woman with dementia who went missing Oct. 23 was found dead inside a shuttered Bronzeville health center, according to media reports.

Relatives previously told WGN News that Ernestine Booker, 67, left her nursing home at 41st Street and Cottage Grove Avenue about 11 a.m. Tuesday and hadn’t been heard from since.

According to the Chicago Tribune, Booker was found dead Monday at the former Sykes Center at 2555 S. King Drive. It’s roughly two and a half miles from where she was reported missing.

A death investigation is underway.

WASHINGTON (CNN) – The White House announced Thursday that President Donald Trump is invoking the Defense Production Act to clear up supply-chain issues encountered in the manufacturing of ventilators.

"Today, I have issued an order under the Defense Production Act to more fully ensure that domestic manufacturers can produce ventilators needed to save American lives," Trump said in a statement.

(CNN) -- In advance of the launch of streaming service HBO Max, HBO will seek to ease the act of social distancing by making 500 hours of programming available free for a limited time, under the heading #StayHomeBoxOffice.

The promotion kicks off April 3, and will include free streaming of such series as "The Sopranos," "The Wire" and "Veep," as well as HBO documentaries and an assortment of Warner Bros. movies. Many of the films are aimed at kids or a family audience, such as "Pokemon Detective Pikachu," "Smallfoot" and "The Lego Movie 2: The Second Part."

Tekashi 6ix9ine was released from federal prison Thursday after his attorney said the rapper's asthma made him vulnerable to the novel coronavirus.

The rapper, whose real name is Daniel Hernandez, will serve the rest of his sentence at home, his defense attorney Lance Lazzaro told CNN.

All Indiana schools to stay closed for remainder of academic year