CHICAGO — A 27-year-old woman was sexually assaulted near Millennium Park early Tuesday after chasing a man who robbed her, according to police.

The woman was waiting for a train at the CTA Red Line's Washington station around 4 a.m. Tuesday when a man approached her, robbed her of her phone and other belongings and fled the scene. 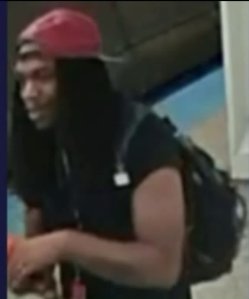 After the woman chased him out onto the street, the man entered a staircase leading to the Millennium Park parking garage on the 100 block of East Randolph. Once they were inside, police say, the man sexually assaulted the woman.

She was later transported to Northwestern Hospital in stable condition.

The man is described as a male black, 25-35 years old with long black dreads. He was wearing a red/black hat and black t-shirt, black pants, black shoes and a dark/multi-colored backpack.

(NEXSTAR) – Instacart shoppers are planning to strike, demanding additional protection against the looming health and financial threat of COVID-19

The grocery delivery service has become a vital resource for some as the novel coronavirus continues to spread in the United States, the country with the most cases in the world.

CHICAGO — The information about COVID-19 testing sites in the Chicago area is changing rapidly. Testing for first responders and healthcare workers remains the top priority; however, there are options for other Chicago-area residents to get tested.

The Illinois National Guard set up a COVID-19 testing site for first responders and healthcare works on Chicago's Northwest Side.

488 new cases of COVID-19 in Illinois, including 8 deaths; total cases now over 3K