CHICAGO – The Chicago mayoral race is already crowded, with 10 candidates officially in the race, and that could increase with Tuesday’s announcement from Mayor Rahm Emanuel saying he will not seek re-election.

Next February voters will choose someone new to become the mayor of Chicago. It’s a crowded field and speculation abounds that more candidates will jump in. But none of the contenders have huge name recognition or the political cash Emanuel has.

If you’re talking name ID, and WGN based this on internal polls, Garry McCarthy, Paul Vallas, Willie Wilson and Lori Lightfoot stand out for now. 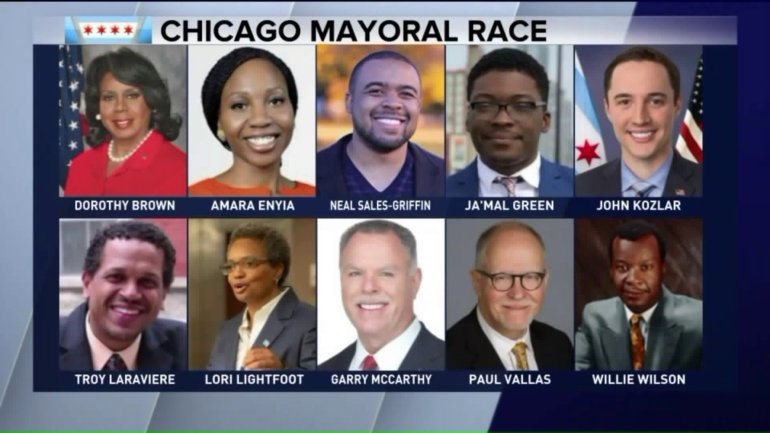 All day long these men and women have been reacting to Emanuel’s bombshell news.

“I’m particularly pleased to know that finally Chicago is going to get the new leadership that it deserves. But the problem is problems still exist that we have to address,” McCarthy said.

“It’s an opportunity for the people of Chicago to pick a candidate for mayor who won’t just give lip service to investing in our city,” Troy LaRaviere said.

“I continue to be committed to bringing high quality education to all of the children of the city of Chicago,” Dorothy Brown said.

Others have issued statements about Emanuel’s announcement including former President Barack Obama.

Others might jump in including Jesus “Chuy” Garcia and possibly Valerie Jarrett. Sources say Toni Preckwinkle and Ricardo Munoz are also having conversations about a possible run.