CHICAGO HEIGHTS, Ill. — A south suburban police chief entered a not guilty plea Wednesday to charges he recorded himself having sex with women and then shared the images without their permission.

He also says he did not try to intimidate a witness in the case. 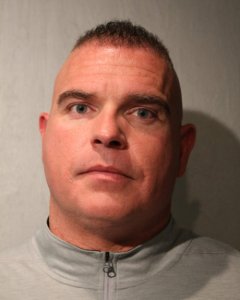 Christian Daigre ran the Chicago Heights park district police department until prosecutors charged him with illegally recording two women.  He was suspended from the force.

Wednesday, prosecutors dropped a case that was filed Tuesday in which Daigre was accused of taping a third woman. "After a review of the evidence related to this case, we concluded that we are unable to meet our burden of proof to sustain the criminal charge and today the case was dropped," said Tandra Simonton, spokesperson for the Cook County State's Attorney.

Daigre is expected back in court in January.

From January 1 through May 15, there were 6,230 additional deaths in Illinois than the average during the same time period over the last two years. Just over 4,000 of those were labeled coronavirus related.

CHICAGO — A long-standing weakness in the Chicago Police Department’s radio system was once again exposed this weekend at the height of confrontational clashes between police and protesters.

In volatile situation, a police radio can be a lifeline. It’s how officers quickly respond to trouble, but also call for help when they feel threatened.

How accurate is Illinois’ count of deaths caused by coronavirus? We asked the experts

CHICAGO —   To date, the Illinois Department of Public Health reports more than 4,900 COVID-19 related deaths in the state.

Illinois and other states are releasing numbers of COVID-19 related deaths on a daily basis in the interest of informing the public as the pandemic continues. But many have contacted WGN-TV with the same question: how accurate are those numbers?