The Gliniewicz family reportedly took part in a sham marriage to boost the military benefits to the  lieutenant’s son.

Sources tell WGN Investigates that officials were briefed about the possibility prior to Wednesday’s news conference where Lt. Joe Gliniewicz’s death was declared a suicide.

WGN is told the information was gathered during the investigation of the lieutenant’s  life as authorities came to the suicide conclusion.

According to sources,  Gliniewicz, who was married, had an affair with a woman.  He later arranged to have that woman marry his son, D.J. Gliniewicz, who is in the army in order to boost the military benefits for D.J., since being married could add up to thousands more per year.

WGN Investigates learned that marriage did not last long between D.J. and a woman named Kathryn Grams.  The marriage was dissolved just after Christmas, 2014. 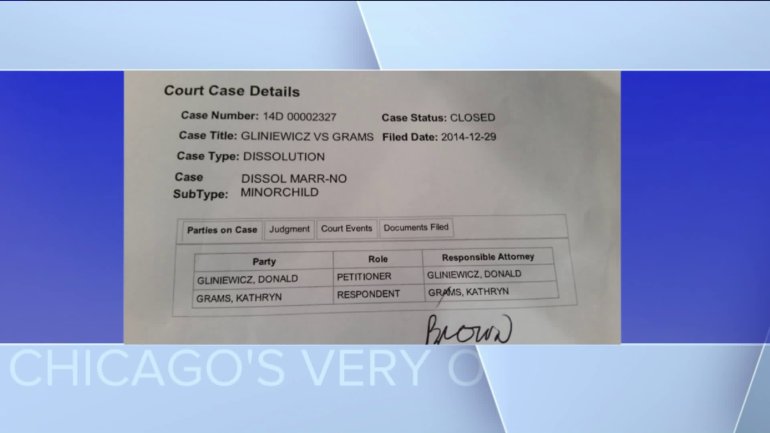 Sources say the question now is whether D.J. could face court martial as information about the sham army marriage comes to light.

Frustrated officers in 2009 sent a letter to the Village Board complaining that the former police chief ignored Glienewicz’s numerous sexual harassment complaints and intoxication.