CHICAGO —  Alderman Ed Burke was charged with attempted extortion but he has still maintained his security detail.

Back in 2011, then candidate for mayor, Rahm Emanuel vowed to ditch the detail.

But nearly eight years after he made that promise, Burke still has a security detail. As recently as Monday morning, the alderman was seen getting into an unmarked police SUV.

WGN Investigates  has learned how Burke has managed to keep his bodyguards on the city payroll for all these years.

They would be declared “special police.”  Meaning they’d have all the power of police officers but be paid for by Burke’s Finance Committee rather than the police department.

All this may be a moot point since Burke will resign Monday afternoon his chairmanship of the finance committee.

Burke will relinquish the source of some of his power effective 5 p.m.

WGN Investigates has obtained a copy of Burke’s letter officially resigning as chairman of the City Council’s Finance Committee, a position he’s held continuously since 1989. 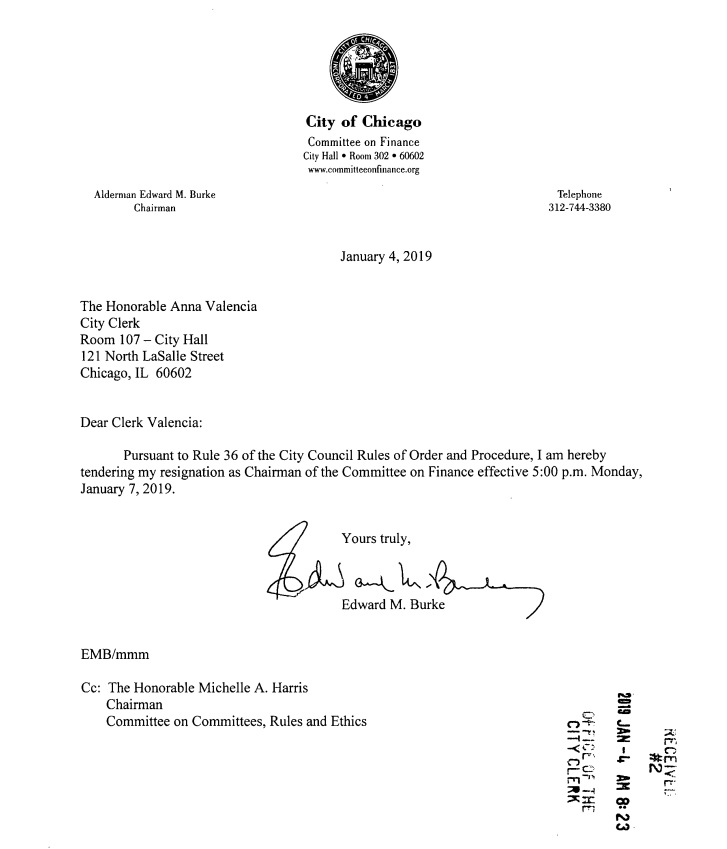 “Pursuant to Rule 36 of the City Council Rules of Order and Procedure, I am hereby tendering my resignation as Chairman of the Committee on Finance effective 5:00 p.m. Monday, January 7, 2019. Yours truly, Edward M. Burke,” the letter simply states.

Federal prosecutors charged Burke with attempted extortion last week.  He’s accused of withholding building permits for the owner of a large Burger King franchise who refused Burke’s overtures to use his private law practice.  Burke denies wrongdoing and has said he will continue to serve alderman of the 14th ward and will seek re-election in February.

Boy, 3, dies week after being pushed in Lake Michigan

Family: 3-year-old pushed off Navy Pier by aunt has …