Reinhart is accused of striking an employee of the Lamplighter Inn Tavern & Grill. 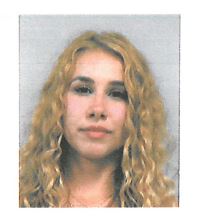 According to police, the 26-year-old Wheeling native was among a group of people who were asked to leave the bar around 2 a.m. Saturday.  The group had reportedly knocked over a table.

As the group was on the way out, Reinhart “began arguing with a security staff member and struck the employee in the head with a closed fist,” police said in a statement.

Reinhart, who now lives in California, was arrested and charged with one count of battery.  She was released on her own recognizance  and is due back in court August 2nd.

‘The pandemic is not done with us’ Dr. Murphy provides …

CPD looking for pickup truck that ran over an elderly …

Gearing up for the Southport Holiday Stroll & Cocktail …

2 rescued from plane caught in power lines in Md.

Most extreme temperatures in the history of every …

The best products we’ve tested and loved on sale …

Best gift ideas under $100 and on sale now

The best deals on affordable tech from Apple to Samsung …