CHICAGO — Less than a week after a convicted felon said he was missing Aurora boy Timmothy Pitzen, Timmothy’s father Jim is speaking out about the heartbreaking hoax.

Pitzen described the rollercoaster as painful. The emotions last week as raw as they were almost eight-years ago when Pitzen last saw his son and lost his wife to suicide all in one day.

Brian Rini, 23, has since been charged with lying to federal agents. Tuesday a federal judge in Cincinnati ordered him to remain jailed.

After nearly eight years of waiting for some good news, Pitzen said he knows not to let his emotions get the best of him when the phone rings.

Last week, after approximately two years of no tips, a lead surfaced in Kentucky.

Pitzen said it felt different because in this case, someone was saying they were the missing boy from Aurora. Detectives from Aurora broke the news that the person found in Kentucky was not actually his son. 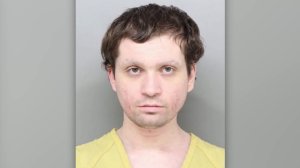 “I got a phone call (from the) detective,” Pitzen said. “DNA came back and it’s not Tim. … I got a little upset. I couldn’t understand why somebody would say he’s not who he is.”

In order to put the horrible news behind him, Pitzen continues to turn his attention to finding his son. Describing the years of waiting as painful, he stays focused with work and tries to carry on.  He has no wife, no other children and lives alone in Iowa.

The search for Timmothy continues.  Aurora police still act on any good lead. The National Center for Missing and Exploited Children still produce age progression images to share with the public, and Pitzen is still hoping and waiting for good news. He says he’s become a pro when it comes to patience.  He said he not only believes his son Timmothy will be found, he says he knows he will be found alive.

MINNEAPOLIS, Minn. (WHTM) - Target is temporarily closing dozens of its stores in the United States as protests continue to erupt across the country.

NASA astronauts Doug Hurley and Bob Behnken reported that the capsule was performing beautifully, as they closed in for the docking. The gleaming white capsule was easily visible from the station, its nose cone open exposing its docking hook, as the two spacecraft zoomed a few miles apart above the Atlantic, then Africa, then Asia.

MINNEAPOLIS — Another night of unrest in every corner of the country left charred and shattered landscapes in dozens of American cities Sunday as years of festering frustrations over the mistreatment of African Americans at the hands of police boiled over in expressions of rage met with tear gas and rubber bullets.

Cars and businesses were torched, the words “I can’t breathe” were spray-painted all over buildings, a fire in a trash bin burned near the gates of the White House, and tens of thousands marched peacefully through city streets to protest the death of George Floyd, a black man who died Monday after a white Minneapolis police officer pressed his knee on his neck until he stopped breathing.