Eight people — six foreign tourists and two Americans — were killed Tuesday in the deadliest terror attack that New Yorkers have seen since 9/11.

A man drove a rented pickup truck down a crowded bike path near the World Trade Center in lower Manhattan, crushing and striking cyclists and pedestrians. In addition to those killed, about a dozen people were hurt.

Here’s what we know about the people who were killed:

The 23-year-old software developer had recently started his first job out of school, one of his friends told CNN affiliate WABC.

"He would pet every dog" – friends remember 23yo Nicholas Cleves, a New Yorker killed while riding bike in #NYCTerroristAttack. #abc7ny pic.twitter.com/4IqbfpdG9X

“He was a really, really kind, not heartless, intelligent and curious person. We always had conversations about what he was studying at school,” Bahji Chancey told WABC.

Cleves recently graduated from Skidmore College in Saratoga Springs, New York. The college said in a statement that Cleves also worked as an analyst and web developer.

“An incident of terrorism that takes the lives of innocent people anywhere in the world touches each of us in our fundamental humanity,” the statement said. “But the effect is more pronounced — and far more personal — when our community is directly linked to such a horrendous event.”

Cleves grew up biking around the city and would bike everywhere around town, Chancey said.

Drake, 32, was an avid reader and was always helping his parents.

“He had everything going for him. Everything you can imagine,” Drake’s father, Jimmy, told CNN affiliate WCBS.

Drake lived in New Milford, New Jersey, but worked in New York as a project manager for Moody’s Analytics, an economics research firm.

When his parents couldn’t reach him hours after the attack, they drove to Bellevue Hospital in New York, where they were told he had died.

“At the moment, I just lost it,” Jimmy Drake said. “You see the child you loved for 33 years.”

Darren Drake would have celebrated his birthday in two weeks, his father said.

Drake was remembered as “a good man with a soft touch and huge heart” in a statement released by the New Milford Public School District, where he served on the local board of education from 2009 to 2013.

“He is respected for his unwavering commitment to the children of New Milford and their education,” Superintendent Michael Polizzi wrote of Drake. “In addition to his insights into the needs of students, he brought to the board significant business acumen, intelligence and humor. He was friendly, fully engaged and forward-thinking.”

Anne-Laure Decadt, 31, was traveling with her two sisters and mother in New York at the time of the attack.

The Belgian mother of two died Tuesday night at New York-Presbyterian Hospital, according to a statement from her husband, Alexander Naessens.

Decadt’s mother and two sisters were not harmed, he said.

She had been cycling on the bike path when she was hit from behind by the truck, CNN affiliate VTM reported.

Decadt “was a fantastic wife and the most beautiful mom to our two sons of 3 months and 3 years old. This loss is unbearable and difficult to understand,” Naessens wrote. 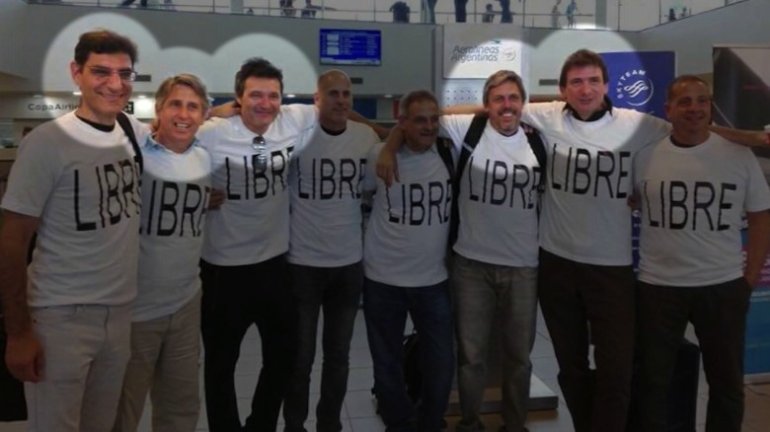 The group had traveled thousands of miles for a once-in-a-lifetime trip to celebrate the 30th anniversary of their high school graduation.

The men were from Rosario, a town nearly 200 miles northwest of Buenos Aires.

Jose Nunez, a representative in Argentina’s national congress, was a friend of Erlij’s. He told CNN en Español that Erlij was a successful businessman who loved his family of four children.

“We are losing a great man, a great businessman and a great family man,” Nunez said.

On Twitter, Argentine President Mauricio Macri said he was “deeply moved by the tragic deaths … in NY. We put ourselves at the disposition of the families of the Argentinian victims.”

President Donald Trump tweeted late Wednesday that he had a conversation with Macri.

“Just spoke to President Macri of Argentina about the five proud and wonderful men killed in the West Side terror attack,” Trump said. “God be with them!”

A sixth Argentine national who was also part of the group was injured during the attack.truck