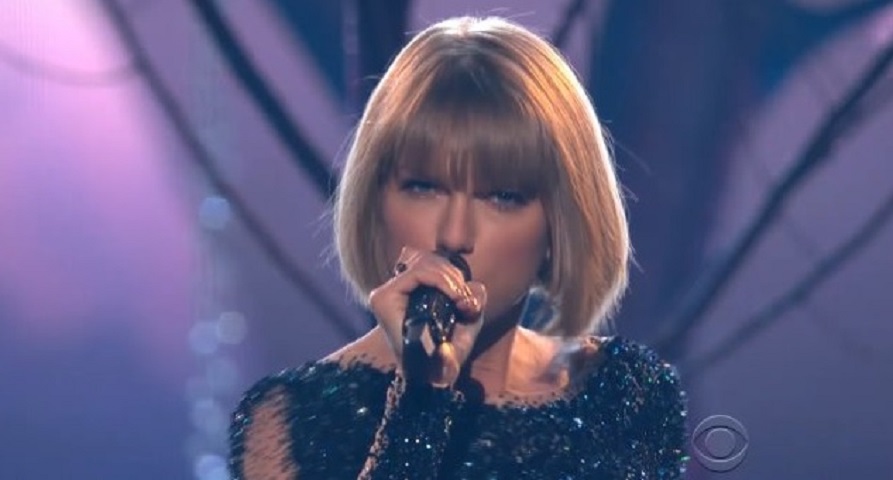 LOS ANGELES, Calif. — Taylor Swift kicked off the 58th Grammy Awards at the Nokia Theater in Los Angeles sporting a new bob that the Internet was talking about more than her performance of “Out of the Woods.”

The singer also gave one of the best Grammy Awards acceptance speeches before the show even began.

Swift, who won the first Grammy of the night for her best-selling “1989” album wasn’t in the audience when the pre-telecast trophy was handed out. Guitarist Jack Antonoff, who worked as a producer on the album, called her on the phone as he picked up her trophy.

The she asked if fellow nominee James Taylor was in the audience.

Swift said, “Can you tell James Taylor I love him?”

PHOENIX (AP) — A Las Vegas-based tour bus heading to the Grand Canyon rolled over in northwestern Arizona on Friday, killing one person and critically injuring two others, authorities said.

A spokeswoman for the Mohave County Sheriff's Office said the cause of the Friday afternoon wreck was not yet known, but a fire official who responded said speed appeared to be a factor. No other vehicles were involved.

LOS ANGELES (KTLA) – A multi-agency investigation in Southern California led to the recovery of 33 children who had been missing, including eight who were sexually exploited, the FBI announced Friday.

Two of the children were rescued multiple times during Operation “Lost Angels.” They were apparently on the “track,” a term used to describe a known location for sex trafficking, officials explained.

Notchtop Bakery & Cafe, which sits at the base of the Rocky Mountains, posted photos of the receipt with 'COVID sucks' written on it and a smiley face from the generous diner on their Facebook site.