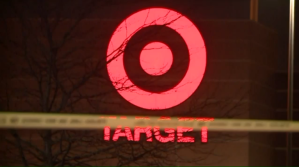 CHICAGO — The man who shot and killed a 21-year-old man at a McKinley Park Target parking lot Thursday night has been released from police custody.

The shooting happened about 8 p.m. Thursday near 33rd St. and Damen.

The 27-year-old gunman told authorities that he shot the 21-year-old because he was trying to rob him in the parking lot.

The gunman, who has a concealed carry license, has not been charged. Police continue to investigate the incident.

The 21-year-old’s identity has not been released.

CHICAGO — A 15-year-old boy was shot in the city's Homan Square neighborhood while he was driving his car.

Chicago police said the teen told them he was driving his car on the 3200 block of West Roosevelt Road around 2 p.m. Monday when he was shot on the right leg.

(NEXSTAR) — President Joe Biden's two German shepherds have been sent back to his family home in Delaware after an "aggressive behavior" incident, CNN reported Monday.

The dogs were reportedly sent back to Delaware last week after dog Major had a "biting incident" with a White House security member, CNN said.