CHICAGO — Susana Mendoza is trying desperately to get voters to pay attention to her agenda, but on Wednesday she faced questions about a friend and ally.

“No one should have to walk more than 10 minutes for all day public transportation,” she said.

But Mendoza was forced to play defense as she carefully backed away from Ald. Proco “Joe” Moreno.

According to an invitation, Moreno scheduled a Feb. 20 fundraiser with Mendoza as the “honored guest.” Mendoza first said she did not recall the event, but then said she was not going.

“I don’t remember him hosting an event for me,” she said. She later stated, “Oh, I’m not going to that, by the way. I’m going to be in Springfield for that.”

Moreno, who Mendoza identified as an ex-boyfriend, is facing scrutiny from the Chicago police. The department is investigating whether he filed a false police report last month claiming his car was stolen.

As WGN Investigates reported, Moreno loaned a woman his car and, according to text messages, invited her to his home.

“She’s a single mom I’m trying to help out. The road to hell is paved with good intentions,” Moreno said. The woman was charged with criminal trespassing, but charges were dropped.

The Chicago Sun-Times reported that Moreno acknowledged steering business to businessman Victor Reyes in a secret FBI recording. Moreno has not been accused of any wrongdoing in that matter.

Records show last decade, Mendoza gave Moreno more than $50,000 in loans and contributions. When she was asked about it, Mendoza said she has “always supported candidates who want to run for office here and there and in different ways.”

Mendoza’s mayoral rivals are now on the attack.

“I think what we’ve seen during this election cycle is a lot of these relationships coming to light. There’s a lot more scrutiny on issues that have been longstanding issues in this corruption that we’re seeing in full display during the election,” Amara Enyia said.

The Preckwinkle campaign sent around the following release:

“So, for those keeping score at home, Mendoza has had to distance herself from indicted Alderman Ed Burke, Alderman Danny Solis, Speaker Mike Madigan, donor Brian Hynes, and now Alderman Joe Moreno.”

Moreno has not been accused of any wrongdoing.

The Mendoza campaign said she was not aware of Moreno’s Feb. 20 fundraiser listing her as the honored guest.

“There was a miscommunication. Susana was never aware of it, it was never on her schedule and she will be in Springfield,” Christian Slater, communications director, said. 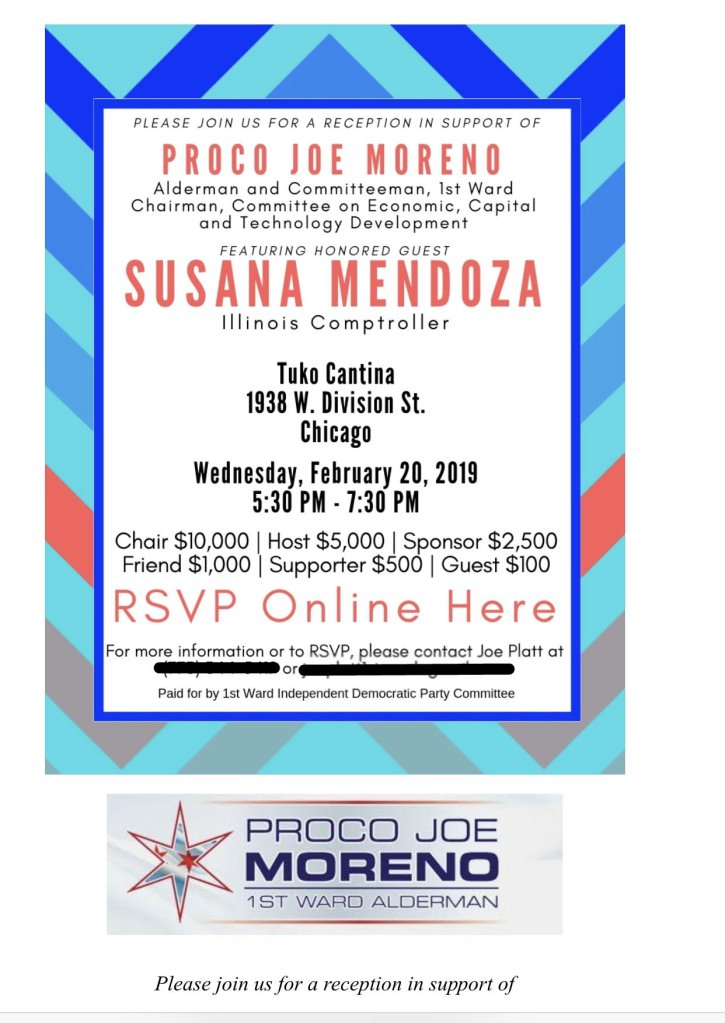 The space agency's website has an asteroid watch section showing the next five approaches, which are expected in the next few days.

The former president is participating in the My Brother’s Keeper Alliance Town Hall Series.  He will be joined by police reform activists and public figures, including former Attorney General Eric Holder.

CHICAGO — A surge of gun violence the past two weekends is continuing with more than 20 people shot in a 12-hour period.

According to the Chicago Tribune, the shootings over the 12 hours that ended early Wednesday follow a surge in gun violence last weekend during massive disturbances in Chicago and other cities around the country in the wake of George Floyd's death in Minneapolis.