Skip to content
Watch Live
Watch Live
Pritzker, health officials hold daily COVID-19 news conference
WATCH LIVE
WATCH LIVE
WGN Evening News
This is an archived article and the information in the article may be outdated. Please look at the time stamp on the story to see when it was last updated.

CHICAGO — Chicago police have released surveillance images of the man wanted in connection to a CTA bus shooting that injured three people.

The shooting happened around 6 p.m. Monday in a CTA bus on the 7600 block of South State Street in the Chatham neighborhood.

The images capture the man exiting the bus and then firing his handgun into the rear of the bus, injuring three people. 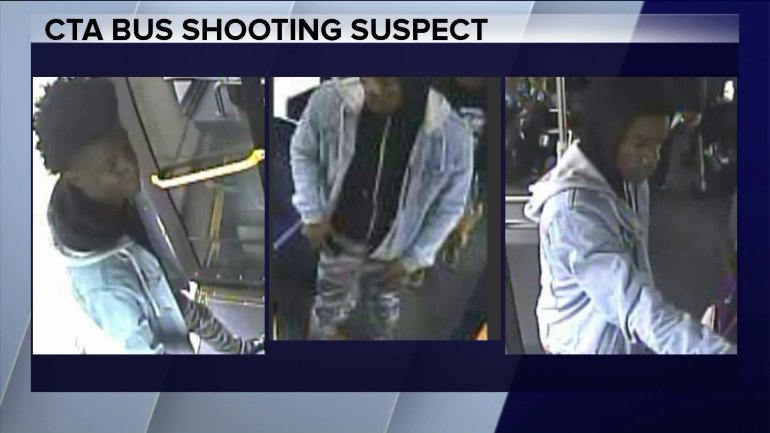 Police describe the man as a black male between 18 and 25 years of age, standing between 5-foot-5 and  5-foot-8 and weighing 140 and 160 pounds. He has black hair, brown eyes and was wearing a black hooded sweatshirt under a light blue jean jacket with a gray hood attached and striped pattern jeans with black and white colored shoes.

WASHINGTON — The Trump administration announced Wednesday that the U.S. is moving naval ships toward Venezuela as it enhances counter-narcotic operations in the Caribbean following a U.S. drug indictment against Nicolás Maduro.

The mission is part of the U.S.'s previously announced commitment to enhance anti-drug operations in the hemisphere.

CHICAGO — The COVID-19 pandemic has reduced flights so significantly at O'Hare Airport that the Federal Aviation Administration closed two of its seven runways.

In a typical month, O'Hare and Midway Airports have more than 89,000 arrivals and departures, servicing 8.2 million passengers.

NEW YORK — The number of US coronavirus cases surged by more than 14,000 in just a few hours Wednesday as the death toll topped 4,400.

As of Wednesday afternoon, more than 203,000 people in the United States have been infected, and at least 4,473 have died.

New to Zoom? Here are tips and tricks to make you a pro user

Should you wear mask in public if not sick with coronavirus?