Skip to content
Watch Live
Watch Live
Facts Not Fear: Nexstar Media update on COVID-19
This is an archived article and the information in the article may be outdated. Please look at the time stamp on the story to see when it was last updated. 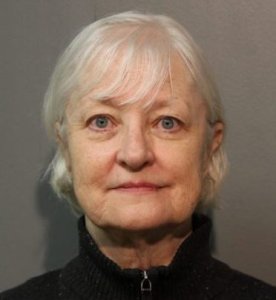 The ruling comes less than four months after the same judge determined that Hartman was unfit for trial.

Hartman is accused of sneaking onto a plane and flying to London without a ticket.

On Wednesday, Judge Maura Slattery-Boyle allowed Hartman to be transferred to a private facility called “A Safe Haven.” She ordered Hartman to wear a GPS-equipped monitoring device and told her she must not come into contact with any airport, train station or bus station, according to the Cook County State’s Attorney’s Office.

Hartman has been released from custody before with orders that she stay away from airports, only to return and get arrested again.

Hartman will next appear in court August 27.

(CNN) -- In advance of the launch of streaming service HBO Max, HBO will seek to ease the act of social distancing by making 500 hours of programming available free for a limited time, under the heading #StayHomeBoxOffice.

The promotion kicks off April 3, and will include free streaming of such series as "The Sopranos," "The Wire" and "Veep," as well as HBO documentaries and an assortment of Warner Bros. movies. Many of the films are aimed at kids or a family audience, such as "Pokemon Detective Pikachu," "Smallfoot" and "The Lego Movie 2: The Second Part."

Tekashi 6ix9ine was released from federal prison Thursday after his attorney said the rapper's asthma made him vulnerable to the novel coronavirus.

The rapper, whose real name is Daniel Hernandez, will serve the rest of his sentence at home, his defense attorney Lance Lazzaro told CNN.

CHICAGO — A young man told friends that he was paid $5,000 for killing a pregnant Chicago teenager who was a key witness in a murder trial, prosecutors said Thursday.

Kavarian Rogers was charged in the death of Treja Kelley, 18, who was killed in September, a few months after testifying in a trial about her cousin's death. Assistant State’s Attorney James Murphy called it an execution.

All Indiana schools to stay closed for remainder of academic year