CHICAGO — A woman with a history of sneaking aboard planes slipped past security at Chicago’s O’Hare International Airport this week and was flying to London when the airline realized she didn’t have a ticket.

Chicago Police spokesman Anthony Guglielmi says Marilyn Hartman was flown back to Chicago on Thursday night and taken into custody once she arrived. He says burglary and theft charges are expected. 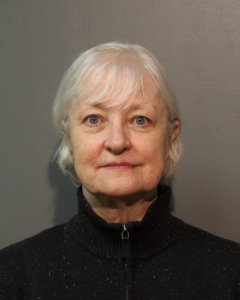 Guglielmi says Hartman this week got through a federal Transportation Security Administration checkpoint at a domestic terminal without a ticket before taking a shuttle to the international terminal. A day later she boarded a British Airways flight.

Hartman, 66, has attempted several times to board planes without a ticket. In 2016, she was sentenced in Chicago to six months of house arrest and placed on two years of mental health probation.

LANSING, Mich. (WJW) -- A woman accused of setting a fire that killed her boyfriend's mother and two nephews reportedly texted the boyfriend right before the blaze.

The Lansing State Journal reported that according to an affidavit, the text read: "I'm outside your mom's house...I hope your mom likes being burned alive."

LOS ANGELES (NewsNation Now) — It was eerily empty both outside and inside the Staples Center in Los Angeles during the run-up to an Emmy Awards unlike any other.

Many nominees are expected to take part from their homes, hotels and other remote locations due to the pandemic. The 72nd Emmy Awards are being hosted by Jimmy Kimmel.

WASHINGTON (NewsNation Now) — President Donald Trump says he expects to announce his pick for the Supreme Court on Friday or Saturday, after funeral services for Ruth Bader Ginsburg.

He told “Fox & Friends” on Monday that he had a list of five finalists, “probably four,” and that he is pushing for a confirmation vote before Election Day.

‘We hang off the edge of a cliff, by our fingernails every day’ Gene & Georgetti and the state of Chicago’s restaurant industry