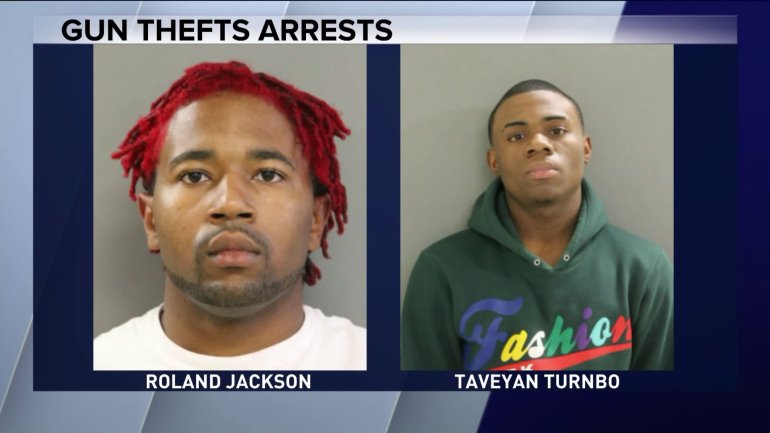 CHICAGO — A second suspect wanted for the theft of hundreds of guns in Tennessee was arrested Wednesday.

Authorities said Jackson and Turnbo were planning to sell the guns in Chicago  and had already sold three guns before officers arrived.

WASHINGTON (NewsNation Now) — President Joe Biden called out Republican governors in Texas and Mississippi for what he deemed “Neanderthal thinking” in deciding to relax their mask mandates and other COVID-19 restrictions.

The governors of both states announced Tuesday they would lift their states’ mask mandates and other restrictions on businesses and gatherings aimed at stopping the spread of the virus.

SOUTH HOLLAND, Ill. - A $5,000 cash reward is being offered for information leading to the location of a South Holland man missing since last month.

According to family members, Jeffrey Washington has been missing since Feb. 9. The family says his disappearance is not consistent with his normal behavior.

Watch: Officer seen on video swinging K-9 over his shoulder by leash

Third stimulus check: Americans who make more than $80,000 may not get direct payment

Third stimulus check: Americans who make more than $80,000 may not get direct payment

‘Space hurricane’ spotted above Earth for first time ever