Skip to content
Watch Live
Watch Live
Alderman Lopez speaks after brick thrown through home
WATCH LIVE
WATCH LIVE
WGN Morning News
This is an archived article and the information in the article may be outdated. Please look at the time stamp on the story to see when it was last updated.

CHICAGO — Work has started on a Chicago firefighters memorial on the Far South Side.

The sculpture by Chicago artist Terrence Karpowicz will feature steel from the World Trade Center towers that collapsed on Sept. 11, 2001. The steel was donated in memory of Chicago Fire Department Capt. Herbert "Herbie" Johnson, who along with dozens of other Chicagoans traveled to New York City to help in the aftermath of the deadly terrorist attack.

It sat in storage for almost five years, but is now finally being crafted into a sculpture after Ald. Matt O'Shea (19th) helped make the project a priority.

The finished sculpture will be placed in King Lockhart Park, 10609 S. Western Ave. Two firefighters died in the park in 1998. Johnson lived down the street.

Johnson's daughter is raising money to help get the sculpture off the ground. For more information, click here. 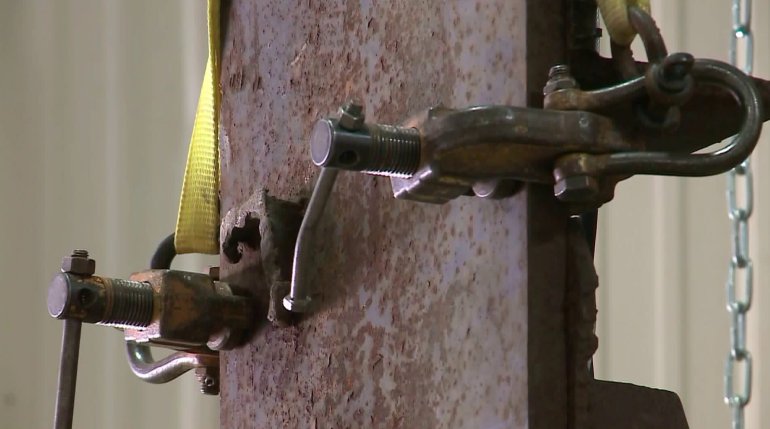 BEREA, Ohio (WJW) -- With a new mask mandate for Ohio's Cuyahoga County officially in effect, police are asking residents not to overwhelm the dispatch line with complaints about other people not wearing masks.

"Previous orders have been enforced by the Cuyahoga County Board of Health. There was mention at yesterday’s news conference that local law enforcement would enforce this order. Until we receive clarification and direct instruction on enforcement of this order, we can not respond to calls of this nature," the department explained.

Infant grazed by stray bullet on West Side