CHICAGO — In 1939, Albert Einstein wrote “thank you notes” to a few people for helping Jews to escape Nazi Germany, and while historians only knew about two of those letters, a third surfaced here in Chicago.

Nearly 80 years after it was penned on June 10, 1939, Enid Bronstein is sharing the letter Einstein wrote to her father, David Finck. A finance man in New York, Finck never met Einstein, but attracted the physicists’ attention after he sponsored many members of the Jewish community so they could flee Nazi Germany for the U.S.

Enid said her father received the letter before the U.S. entered WWII because the Jewish community was “well-aware” of what was happening in Germany. After her father passed away, Enid said she kept the letter in a safe deposit box for 50 years.

“I wanted to keep the letter to show it to my children and grandchildren so that they would get the message that every contribution, no matter how small is important,” she said.

Enid says that while similar letters have sold for thousands at auction, she decided to donate it to the United States Holocaust Memorial Museum so future scholars and historians could share the lessons it contains.

Susan Snyder from the museum says as more survivors pass, the race is on to gather as much as possible and collect first person accounts, making the letter significant because it shows Einstein acknowledging the work done by the Jewish community in America.

“It was an important thing for us because the collection just adds exponentially,” Snyder said.

You can see the full letter below. 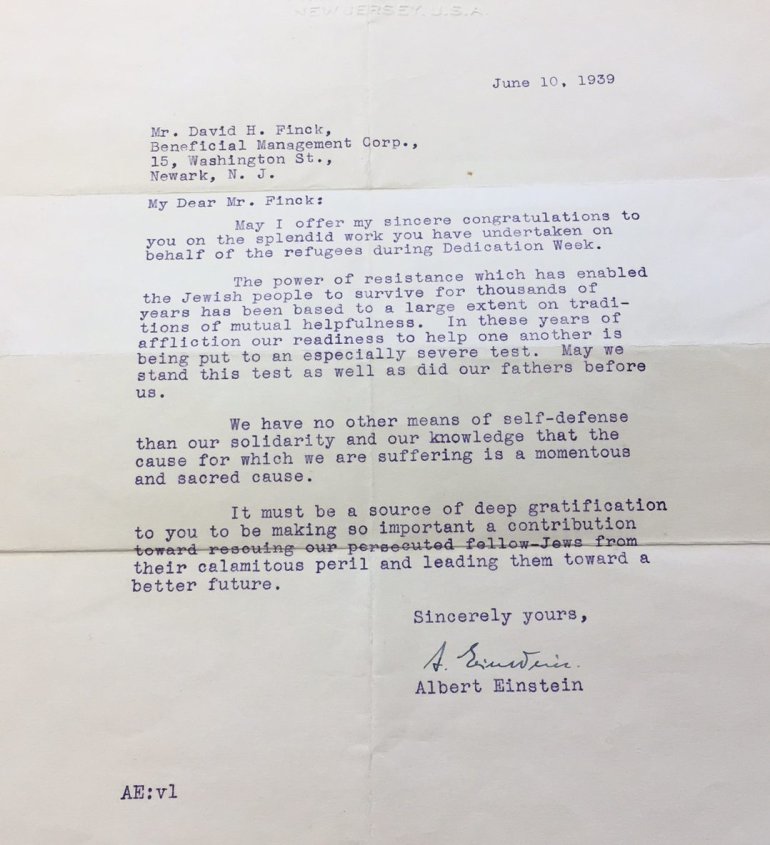 MOSCOW (AP) — Russia’s Foreign Ministry on Sunday rejected a British claim that the Kremlin is seeking to replace Ukraine’s government with a pro-Moscow administration, and that former Ukrainian lawmaker Yevheniy Murayev is a potential candidate.

Britain’s Foreign Office on Saturday also named several other Ukrainian politicians it said had links with Russian intelligence services, along with Murayev who is the leader of a small party that has no seats in parliament.

CHICAGO (AP) — There is some good news for Illinois motorists who have been waiting all month for the Secretary of State's office to resume in-person services.

Secretary of State Jesse White's office said offices — including driver services facilities — that have been closed since Jan. 3 because of the surge in positive COVID-19 cases across Illinois are opening up again on Monday. Those offices that operate on a Tuesday-Saturday schedule will reopen on Tuesday, according to a news release.

The tragedy comes as the central African country hosts thousands of soccer players, fans and match officials from across the continent for the month-long African Football Cup of Nations tournament.