CHICAGO  — African Americans are expected to make up a large chuck of voters in the Chicago mayoral election —it’s partly why six out of the 14 candidates are African American.

Although she didn’t make the ballot, Cook County Circuit Court Clerk Dorothy Brown still hopes to impact the mayoral race. On Thursday, Brown threw her support behind policy wonk Amara Enyia. The 35-years-old, who is backed by Chance the Rapper, is running as an outsider.

Earlier this moth, the Chicago Board of Election Commissioners ruled that Brown did not have the required 12,500 valid signatures on her nominating petition.

“There is absolutely no question that our city must break away from the status quo, the status quo of established politicians that have gotten us where we are,” Enyia said.

For Enyia, the Brown endorsement comes with risk. Brown is a party insider whose office is under federal investigation. Enyia brushed off questions about Brown’s troubles.

“You just have to let the process play out,” she said.

A recent poll showed Brown with about 5 percent support, but in a crowded race that’s likely to end up in a runoff, every point counts. Enyia wants Brown’s supporters, but they may find Willie Wilson a better fit.

“Those foundations been laid because I wanted to do good and I hate to see the community in the way it’s in. The reason why I support churches so much, because when you get sick, or homeless, or lose a loved one, or need food, people traditionally come to the churches,” he said.

WGN asked Neal Sales-Griffin about Brown endorsing Enyia and he sent the following message along with a GIF: 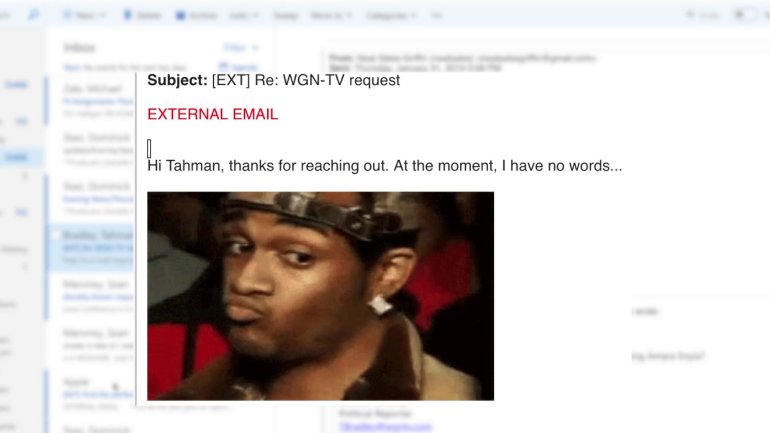 State Rep. La Shawn Ford said he’s a wildcard in the race because South Side voters know him.

“As a kid who grew up in a low-income family who’s been talking for almost a year now about the inequities in our city that we have to devise a comprehensive plan to uplift the quality of life in all neighborhoods,” Lightfoot said. “It is critically important that black folks must educate themselves about who the candidates truly are, not just the rhetoric, not just the airbrushed gloss,” Lightfoot said.

Toni Preckwinkle’s campaign chose not to weigh in on the Brown endorsement.

President Donald Trump repeated his attacks on mail in voting Friday and said it could result in a “rigged election.”

But Democrats say in a pandemic mail in voting should be expanded and want to make sure the post office is fully funded.

Democratic presidential candidate Joe Biden and his newly chosen running mate Kamala Harris campaigned together for the first time Wednesday, as the former primary rivals sought to solidify their advantage over President Donald Trump and secure their place in American history.

Biden, a 77-year-old white man, embraced the significance of naming the first Black woman to a major party's presidential ticket, but he focused on other attributes Harris brings to the ticket. He hailed the California senator, the 55-year-old former prosecutor who a year ago excoriated Biden on a primary debate stage, as the right woman to help him defeat Trump and then lead a nation facing crises in triplicate: a pandemic, wounded economy and long-simmering reckoning with systemic racism.

MINNEAPOLIS (AP) — Rep. Ilhan Omar of Minnesota survived a stiff Democratic primary challenge Tuesday from a well-funded opponent who tried to make an issue of her national celebrity, the latest in a string of victories by a new generation of emboldened progressive lawmakers.

US Postal Service to raise some prices over holiday season

Thunderstorms developing in the afternoon Precip: 40%

Chicago police seek to identify alleged looters on West Side