ELMHURST, Ill. -- Police arrested three men who were wanted after a string of armed robberies after a manhunt early Tuesday morning.

The armed robbers started their night in in the quiet town of Sycamore, Ill., and ended up being arrested in west suburban Elmhurst after robbing two gas stations.

Police in  Elmhurst captured one armed robbery suspect Tuesday morning after a manhunt that lasted more than six hours. The suspect was the last of three arrested for a crime spree that started late Monday night in Sycamore.

Police say three men robbed at least two gas stations at gunpoint, before getting into a car accident in Elmhurst at about 1:30 a.m. near North Avenue and Indiana Avenue.

Elmhurst police recognized the car from a state police bulletin.

When officers approached the car, the three ran off.  Two were quickly apprehended, but the third remained on the loose until around 8 a.m. Tuesday when a resident spotted him hiding under a deck and called 911. 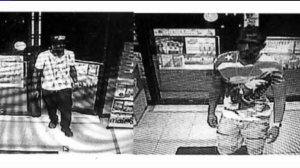 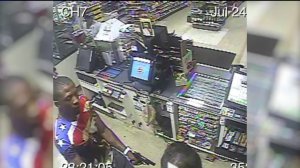 The 7-Eleven clerk was shot twice in the legs and taken to the hospital.  He is in stable condition.

The attendant at the BP was not hurt.

Police say they hope to have charges filed against the men in DeKalb County by the end of the day on Tuesday.

WASHINGTON (NEXSTAR) — If you were betting political gridlock centered around the November election would come to an end after Americans went to the voting booth, you lost that bet.

Nearly a month after voters decided the next president, Congress is no closer to finding common ground on coronavirus relief or getting new direct payments to Americans.

NEW YORK (AP) — New York City will reopen its school system to in-person learning, and increase the number of days a week many children attend class, even as the coronavirus pandemic intensifies in the city, Mayor Bill de Blasio said Sunday.

The announcement marks a major policy reversal for the nation's largest school system, less than two weeks after de Blasio, a Democrat, announced that schools were shutting down because of a rising number of COVID-19 cases in the city.

MADISON, Wis. (AP) — Wisconsin finished a recount of its presidential results on Sunday, confirming Democrat Joe Biden's victory over President Donald Trump in the key battleground state. Trump vowed to challenge the outcome in court even before the recount concluded.

Dane County was the second and last county to finish its recount, reporting a 45-vote gain for Trump. Milwaukee County, the state's other big and overwhelmingly liberal county targeted in a recount that Trump paid for, reported its results Friday, a 132-vote gain for Biden.