SHARE
This is an archived article and the information in the article may be outdated. Please look at the time stamp on the story to see when it was last updated.
CRYSTAL LAKE, Ill. — Nearly a week after they reported 5-year-old Andrew “AJ” Freund missing, his parents are now facing multiple charges in his death, after investigators found his apparent remains in a remote area near Woodstock, Ill. “It is with heavy heart that the Crystal Lake Police Department has located what we believe to be the body of Andrew ‘AJ’ Freund earlier this morning,” Crystal Lake Police Chief Jim Black said during a press conference Wednesday. Black said information discovered through “forensic analysis of cell phone data” led investigators to speak with both AJ’s father, Andrew Freund Sr., and his mother, JoAnn Cunningham, overnight Tuesday. During their interviews, Black said the parents separately shared details that led investigators to search a rural area near Woodstock, IL Wednesday morning. “Investigators located what they believe to be AJ’s body buried in a shallow grave, wrapped in plastic in a remote area of Woodstock, Illinois,” Black said. The McHenry County Sheriff and Coroner said the remains were found in a “makeshift grave” near a farm access road west of Dean Street in unincorporated Dorr Township. The location is about 15 minutes away from Freund’s Crystal Lake home. The McHenry County Coroner’s Office and FBI Recovery Unit removed the remains from the scene, and will work to definitively identify the body and determine a cause of death during an autopsy tentatively scheduled for Thursday morning. Both parents now face multiple counts of First-Degree Murder and Aggravated Battery, and a count of Failure to Report a Missing Child or Death. In total, Cunningham is charged with 12 counts, while Freund faces 11, including additional charges of Concealment of Homicidal Death. Both are in police custody, and will be taken to McHenry County Jail to await a bond hearing Thursday morning. During a Wednesday press conference, FBI Special Agent in Charge Jeffrey Sallet expressed condolences to AJ’s family while praising the joint law enforcement effort, saying they were working “24 hours a day” on the investigation. “It was apparent to me that nobody was going to sleep, and nobody will sleep until justice is brought for AJ,” Sallet said.

The search for AJ began April 18, after his father Andrew Freund Sr. called 911 to report him missing. Freund and AJ’s mother, JoAnn Cunningham, told police they had last seen him around bedtime the night before. Police never issued an Amber Alert after his disappearance, indicating there was no evidence he was abducted. The FBI, McHenry County Sheriff and Crystal Lake Police conducted searches of nearby parks and bodies of water in the days since he was reported missing. On Wednesday, they could be seen searching the rural area where the remains would eventually be found. Law enforcement’s focus shifted after police said canine units were only able to pick up AJ’s scent inside the family home, meaning he likely did not leave on foot.  Investigators returned there Wednesday and removed several items, including a shovel, a mattress, two lawn bags and a large bin. The family dog was also removed from the home by Animal Control officials.

Family had history with DCFS, complaints of abuse

As the search was ongoing, details emerged about the family’s history with DCFS and Crystal Lake Police, including multiple reports of abuse, neglect and drug use. DCFS involvement with AJ dated back to 2013, when he was born with opiates in his system. He was taken into protective custody less than a month later, and spent seven months with a foster family before being returned to his mother. He was involved with DCFS “on and off” through the end of 2018, according to the agency. Freund Sr. was formerly Cunningham’s divorce attorney. While the two never married, they were said to be living together with their children and no longer dating. Their other son has been in protective custody since AJ was reported missing. DCFS Acting Director Marc Smith said in a statement that AJ’s younger sibling will remain in their custody, and the agency plans on reviewing its practices and potential improvements in a “transparent” manner. “Protecting vulnerable children who come to our attention is at the core of our mission at DCFS. All of us feel this loss,” Smith said. “The Department is committed to conducting a comprehensive review of the entirety of our work with Andrew’s family to understand our shortcomings.” 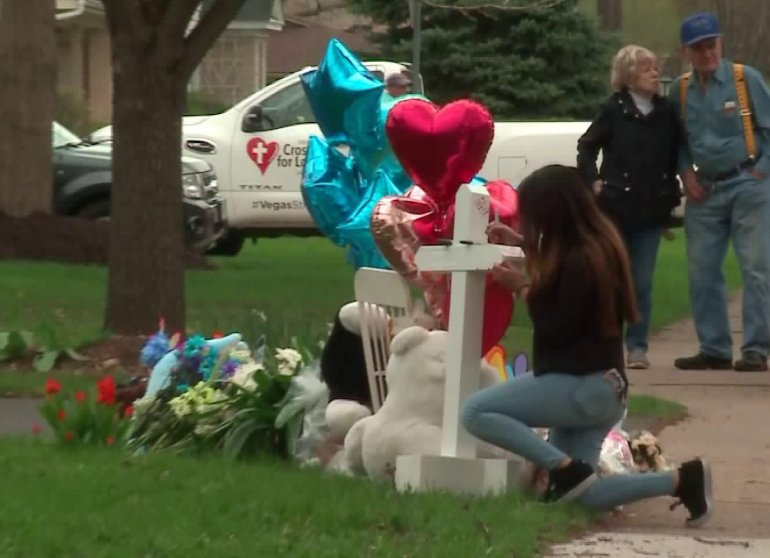 Community members held out hope he might be found alive, but are now planning to honor AJ’s memory. A makeshift memorial is beginning to grow in front of the family’s home on Dole Avenue in Crystal Lake, including a cross made by Aurora’s Greg Zanis. “Let’s just say a prayer for AJ,” neighbor Patrick DeFrancisco said. “It’s a very sad day right now.” Two vigils were held Wednesday evening for neighbors, friends an family to mourn the loss of AJ. One vigil was held at Woodstock Square and the other was outside the family home.

A look inside the Grammy gift bag

Want to know how to treat yourself like a celebrity? We’ve got the rundown of gifts for a Grammy-level self-pampering session.

Themed food and drinks are a surefire way to make your party stand out, and looking at past Grammy nominees is a great way to get inspiration.

Love the Grammys? We have everything you’ll need …

With Grammy night around the corner, here are some fun ways to embrace the theme, boost your entertainment and make your guests feel a part of the festivities.

US downs Chinese balloon, drawing a threat from China

Chicago physician assistant teaching others across …

US downs Chinese balloon over ocean, moves to recover …

US downs Chinese balloon over ocean, moves to recover …