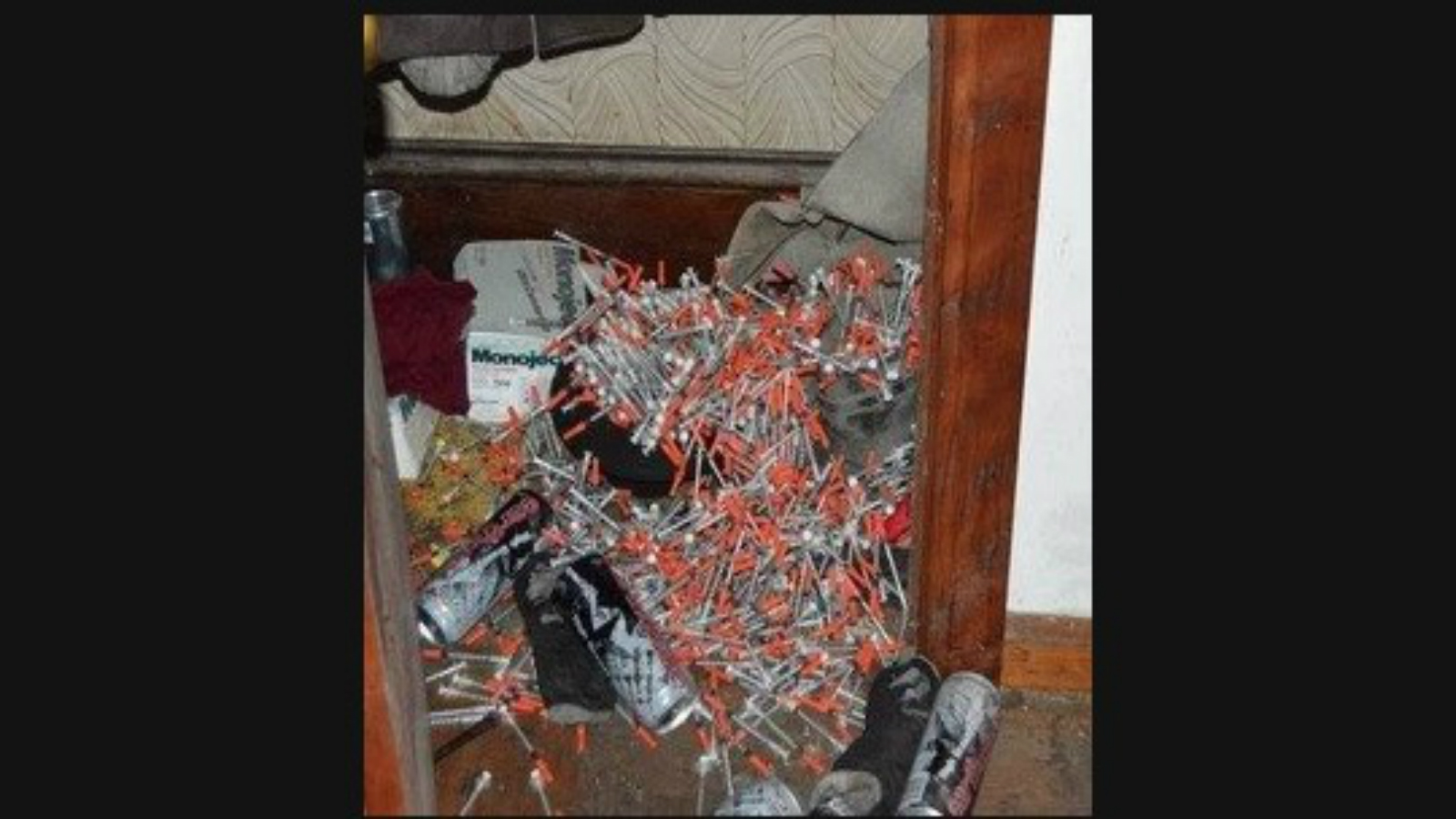 Officers were called to abandoned house on Wednesday.

Police said it was littered with hundreds, if not thousands, of hypodermic needles.

The house, which is a hangout for drug users, had been set on fire at some point. There are broken windows and rotting floors, as well as garbage covering the property.

Police called it a major health and safety hazard, especially to first responders and neighborhood children.

“The Lorain Police Department encourages residents to report activity in abandoned buildings and prevent children from playing in and around these structures,” police said.

The department said it is working with the city to tear down as many of these abandoned houses as possible.

The deceased were identified as Todd A. Drake, 31, and William L. Trinemeyer II, 43.

CHICAGO — One person was killed and three others were injured after a crash in West Town.

Chicago police said a woman, 58, was driving her Lexus north on the 100 block of South Western Avenue around 11:25 p.m. Thursday when she made a U-turn and struck a Chevrolet that was also going north on Western Avenue.

INDIANAPOLIS — Eight people were shot and killed in a late-night shooting at a FedEx facility in Indianapolis, and the shooter killed himself, police said.

Several other people were injured Thursday night when gunfire erupted at the facility near the Indianapolis International Airport, police spokesperson Genae Cook said.