ROCHESTER, Ind. -- The National Transportation Safety Board says it's sending a team of investigators to the scene where a pickup truck struck and killed three young siblings as they crossed a northern Indiana road to board a school bus.

The NTSB said in a tweet that the "Go-Team" should arrive in Rochester, Indiana, on Wednesday.

State Police Sgt. Tony Slocum says the siblings and an 11-year-old boy were struck at about 7 a.m. Tuesday, before sunrise, as they were crossing a two-lane road near Rochester to board a Tippecanoe Valley School Corp. bus. He says 6-year-old twin brothers Xzavier and Mason Ingle died at the scene along with their 9-year-old sister, Alivia Stahl.

Slocum says the injured boy, Maverik Lowe, was airlifted to a Fort Wayne hospital in serious condition. Police said he suffered broken bones but was conscious.

“We would like to thank those who have prayed for our family/ families of those involved in yesterday's tragedy. He is currently in stable condition. Our family is focused on his recovery at this time and requests privacy as we heal together.”

The driver of the pickup, 24-year-old Alyssa Shepherd of Rochester, has been was arrested and charged with three counts of reckless homicide and one misdemeanor count of passing a school bus when arm signal device is extended, causing bodily injury.

Shepard was driving the pickup truck in the opposite direction when it struck the students. Police said the "stop" arm on the bus was out at the time. 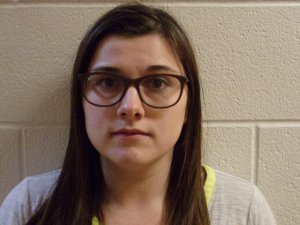 Authorities do not believe alcohol was a factor in the crash.

Shepherd is being held on bond in the Fulton County Jail.

McHENRY, Ill. - McHenry police have charged a woman with battery after a dispute over masks turned violent at a Home Depot this past weekend.

On Friday afternoon at the McHenry Home Depot, Teri Hill, 54, of McHenry, stopped an employee to ask why more shoppers weren't being forced to wear their masks. Except she took off her own mask to ask the question.