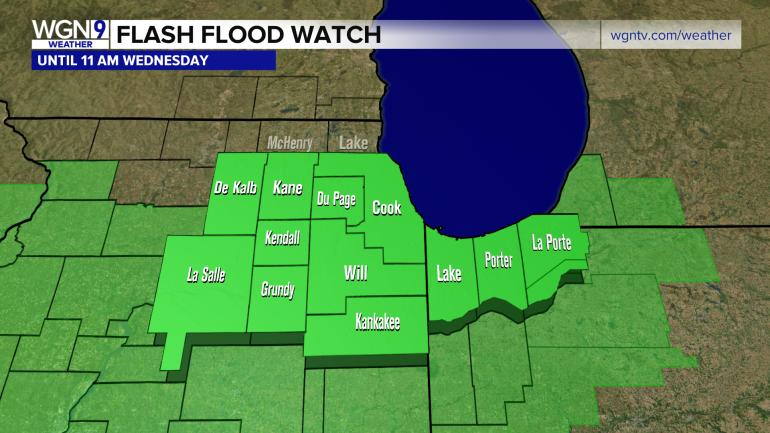 The Chicago area has received nearly a month’s worth of precipitation in just the past four days. And there’s more to come. A Flash Flood Watch and Warnings have been issued for several Chicago-area counties. The precipitation numbers include the water equivalent moisture from Saturday’s snowfall. This has caused the ground to become saturated. Additional heavy rains with 1 inch to 2.5 inches will likely cause localized flooding in the watch area, especially in poor drainage areas. 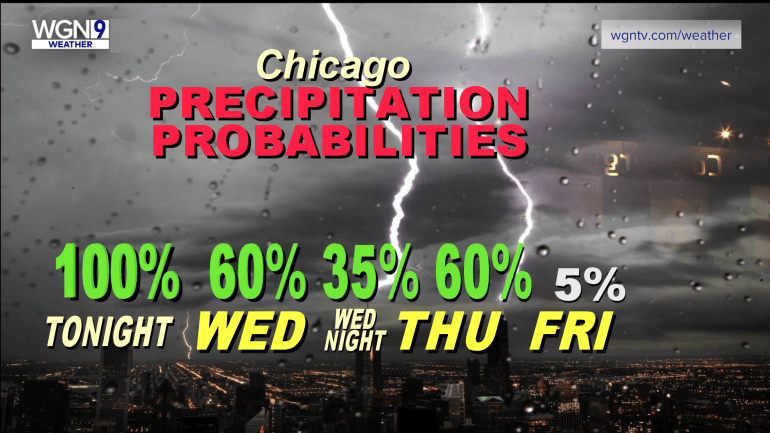 Occasional thunderstorms will also be possible at times, producing cloud to ground lightning and torrential rainfall in some areas. Water across roads will make traveling difficult. Road closures are possible along with rapid rises on area rivers, streams, creeks and retention ponds are also possible. Be sure your sump pumps are plugged in and turned on. 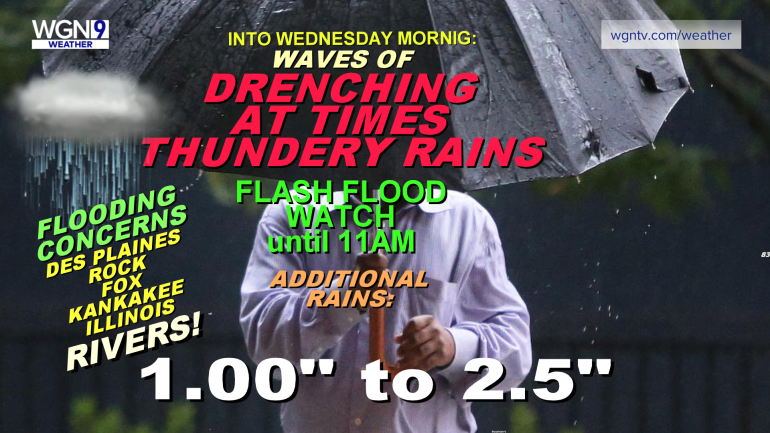 In Chicago and Naperville

In Chicago, a portion of Jefferson Street, between Adams Street and Monroe Street in the Loop, buckled under the pressure of rising water right before the evening rush hour. Chicago has a sewer system like virtually no other city in the world.  It is a massive 109 mile long deep tunnel system with three separate enormous reservoir.  But two of them are already at capacity.  If the third fills, which is possible, waste water would spill over into local waterways, including Lake Michigan. Chicago water officials are asking all resident to restrict our water use as much as possible over the next few days. “We encourage people to put off doing anything they can put off around the house like laundry, showers, washing clothes, doing dishes until after the storm and capacity returns to normal,” Ed Staudacher of the Metropolitan Water Reclamation District said.  “And this will take some pressure off the system.” Naperville has issued a flood advisory. The DuPage River is flowing fast and in some areas out of its banks. 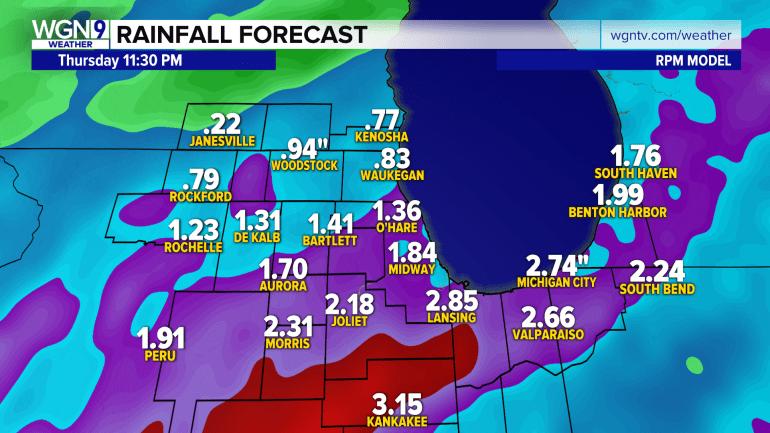 Drier weather finally arrives at the tail end of the workweek. Updates at wgntv.com/weather

NEW YORK (AP) — President Donald Trump said Saturday he's given his “blessing” to a proposed deal that would see the popular video-sharing app TikTok partner with Oracle and Walmart and form a U.S. company.

Trump has targeted Chinese-owned TikTok for national security and data privacy concerns in the latest flashpoint in the rising tensions between Washington and Beijing. The president's support for a deal comes just a day after the Commerce Department announced restrictions that if put in place could eventually make it nearly impossible for TikTok's legions of younger fans to use the app.

WASHINGTON — President Donald Trump on Saturday promised to put forth a female nominee in the coming week to fill the Supreme Court vacancy created by the death of Justice Ruth Bader Ginsburg, pushing the Republican-controlled Senate to consider the pick without delay.

Taking the stage at a North Carolina rally to chants of “Fill that seat,” the president said he would nominate his selection despite Democrats' objections. And, after conducting what he joked was a “very scientific poll" of the Fayetteville crowd as to whether supporters wanted a man or a woman, he declared the choice would be “a very talented, very brilliant woman."

Officers arriving on the scene found a deceased man as the only occupant of the plane.