CHICAGO — A jury has found a reputed gang member guilty of first-degree murder in the shooting death of an off-duty Chicago Police officer who was gunned down eight years ago while working as a security guard at a convenience store. 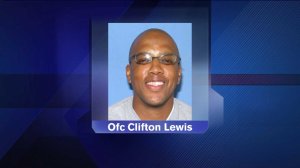 During the trial, prosecutors told jurors that Villa ran into a West Side store and shot the 41-year-old Clifton Lewis during a 2011 robbery.

Villa was one of three suspects charged and the second to be convicted. In 2017, Edgardo Colon, whom prosecutors said was the getaway driver, was convicted and sentenced to 84 years in prison. The third suspect is awaiting trial.

CHICAGO — After several days of closures and suspended services, Chicago’s Business District and the Loop will reopen Wednesday.

In addition to the transition to Phase 3 of the city’s reopening plan from the coronavirus pandemic, under which many businesses can open their doors with capacity restrictions and other preventative measures in place, many transportation restrictions will be lifted.

(CNN) — A 7-year-old boy and his 6-year-old brother were killed in a fatal car crash after they took their grandparents' car out for a ride, authorities said.

The car, which was a 2007 Buick LaCrosse, was totaled and the children were pronounced dead at the scene Friday, Missouri State Highway Patrol Sgt. Andy Bell told CNN.

‘This is not going to be the new normal’: Cardinal Cupich speaks out on protests

Cocktails can now be sold for takeout and delivery in Illinois as bars, restaurants are mostly closed