JOLIET, Ill. – A man has been charged in the murder of a mother whose burnt remains were found in Lockport last week.

Peter Zabala faces three counts of first degree murder, and two counts of concealment in the death of Ashley Tucker.

Tucker, 25, disappeared after leaving a party at her father’s house Oct. 13. Her remains were found in a barrel near a Lockport home two weeks later. 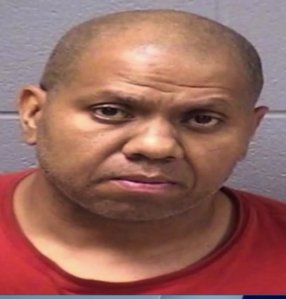 Tucker has a 4-year-old daughter.

Officials said Zabala is a registered sex offender. He was taken into custody as a person of interest shortly after the remains were found. He was charged Friday evening.

CHICAGO — It's been a difficult 24 hours for the Simeon High School community.

On Tuesday, 15-year-old Jamari Williams, who played football for the school, was shot and killed. Another 15-year-old, identified as Kentrell McNeal, died Wednesday morning following a double shooting Tuesday evening in a separate incident. He, too, attended Simeon High School.

The U.S. has moved a step closer to offering booster doses of Pfizer’s COVID-19 vaccine to seniors and others at high risk from the virus.

The Food and Drug Administration on Wednesday signed off on such shots as a way to shore up protection in those groups.

HONOLULU (AP) — A Hawaii judge issued a bench warrant for an Illinois woman after she failed to appear for a virtual court hearing Wednesday following her arrest for an alleged fake COVID-19 vaccination card that misspelled Moderna as “Maderna.”

Judge Karin Holma said she would issue a $500 warrant for the 24-year-old woman's arrest during a hearing on the case held via Zoom.