CHICAGO — Chicago police have charged a man in connection with a brutal attack of a woman who was stabbed near the DePaul campus in July.

The woman, 22, was hospitalized July 18 around 4 a.m. after police said she was found on the 2300 block of North Halsted Street with lacerations to her neck and face. 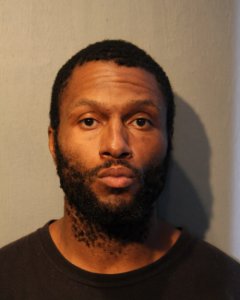 Adam Bramwell, 32, was formally charged Thursday after he was brought to Chicago from Texas. He was charged with several felonies including attempted first degree murder.

Police said Bramwell was also wanted in connection to a carjacking and battery that occurred on July 13 in Lincoln Park.

Bramwell will appear in court Friday.

Police determined the attack may have been sexually motivated, but the woman fought back, which likely saved her life.

EL PASO, Texas (Border Report) -- The federal government is reviewing a July 1 incident in El Paso where a U.S. Border Patrol agent "inadvertently" struck a migrant with his vehicle.

About 9 p.m. on July 1, Border Patrol agents were searching for three migrants who entered the United States illegally west of the Ysleta port of entry and were walking north, the agency said in a statement.

CHICAGO — Coronavirus cases continue to climb in Illinois as health officials on Friday announced 1,317 new confirmed cases of COVID-19 in the state, including 25 deaths.

The state now has 151,767 cases, including 7,144 deaths, in 102 counties in Illinois, according to the Illinois Department of Public Health.

Tropical Storm Fay's outer bands were lashing the New York City area with heavy rains Friday afternoon ahead of an anticipated landfall in New Jersey — a path that will have it drench a good portion of the Northeast.

Around 2 p.m., Fay's center was over the Atlantic Ocean about 25 miles east-southeast of Cape May, New Jersey, with maximum sustained winds of 60 mph, moving north, the National Weather Service said.

Thousands in suburbs without power after storms roll through Chicago area, cleanup underway