In a matter of two days, history was made at Chicago’s McCormick Place, as the world’s first 3D printed electric car—named Strati, Italian for “layers”– took its first test drive.

“Less than 50 parts are in this car,” said Jay Rogers from Local Motors.

Roger’s company is part of the team that developed the engineering process to manufacture an entire car with carbon fiber plastic and print it with a large 3D printer set up at McCormick Place by Cincinnati Incorporated.

Oak Ridge National Laboratory also collaborated on the concept that could bring custom printed cars to the marketplace by 2015.

The concept of Strati began just six months ago, before being brought to the showroom floor of the International Manufacturing Technology Show.

Attendees got a first-hand look at the body of the car being printed layer by layer over a 44-hour period. Then, the non-printable parts, like the engine, lights and glass windshield were added.

The top speed of the Strati is 40mph and a range of 120 miles on one charge.

Rogers says the initial retail cost will start at $18,000 and go upwards of $30,000. However, when it comes time for a change, many of the parts can be reused.

“Because you can literally print the car any way you want, if your family goes from two people to three–with a child, you trade in and recycle the center part of your car and all the components that outfit the family. Whatever you can imagine is what this process can entail,” said Rogers.

Rogers believes Local Motors could start manufacturing vehicles by 2015, with initial use on city streets, before getting approval for highway use down the road. 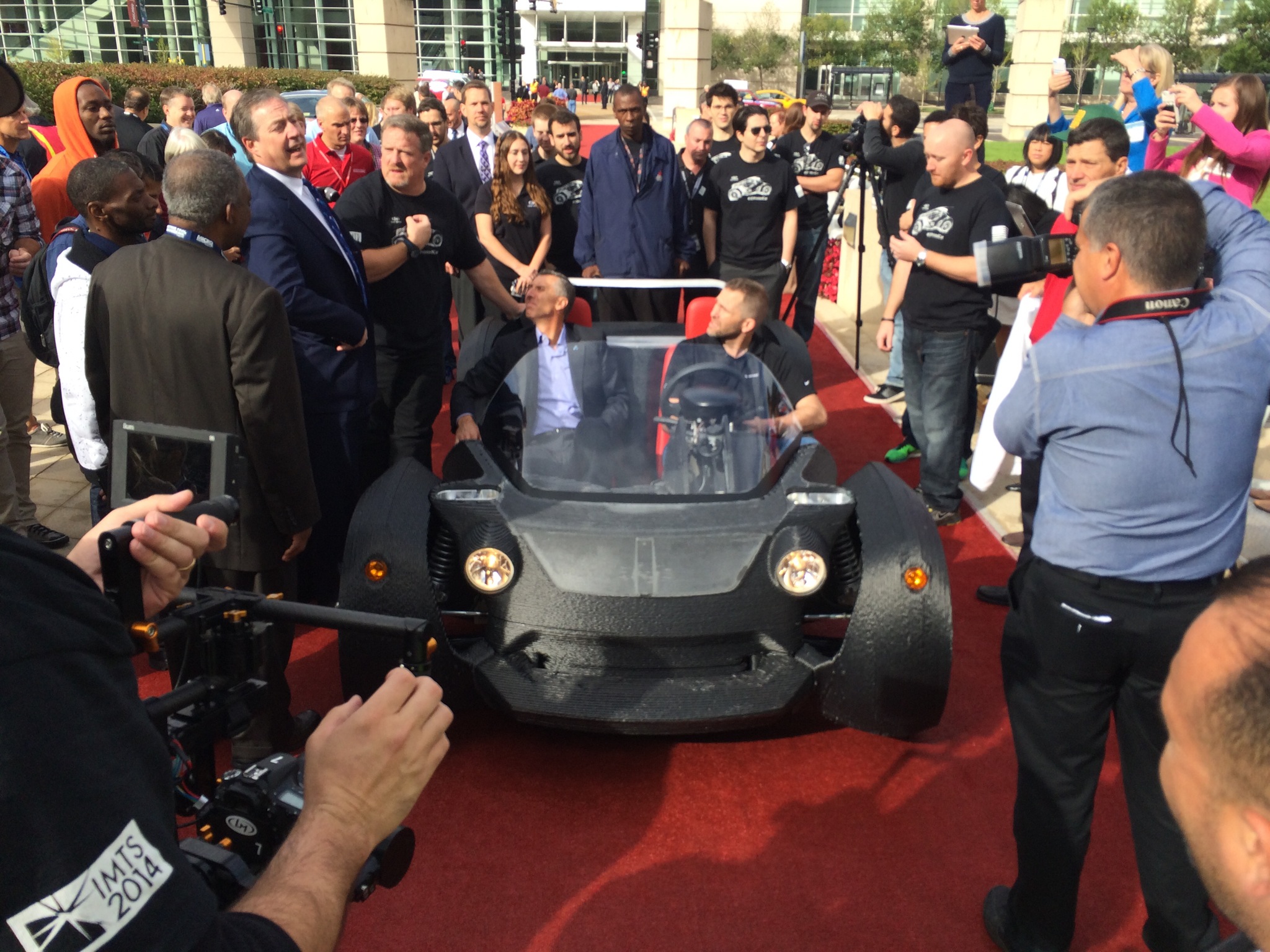 CLEVELAND (WJW) — The CEO of drug company Moderna announced this week that they will make a third booster shot for the two-dose vaccine available by the fall.

Studies show their vaccine is more than 90-percent effective against COVID six months after the second shot, but it's still unclear how long immunity will last.

CHARLOTTE, N.C. (FOX 46) - The oldest living American and Charlotte resident, Hester Ford, has died at the age of 116, her family posted on Facebook Saturday night.

"It is with great sadness that we announce the passing of our beloved Mother Hester McCardell Ford today," the statement read. "She was a pillar and stalwart to our family and provided much-needed love, support and understanding to us all. She was the seed that sprouted leaves and branches which is now our family."

Woman stabbed to death in residence on South Side

After child dies, US regulator warns about Peloton treadmill