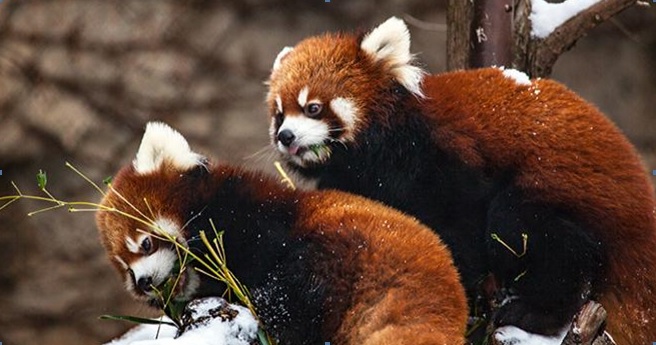 Zoo officials say the move is coordinated with nature, when the pandas have grown to be adults and leave home so their mother, in this case “Leafa,” is ready to breed again for the upcoming season.

Clark and Addison were born seven months ago, behind the scenes at the Kovler Lion House.

There’s no exact date when Clark and Addison will be leaving but Lincoln Park Zoo officials say it will be in the coming weeks. 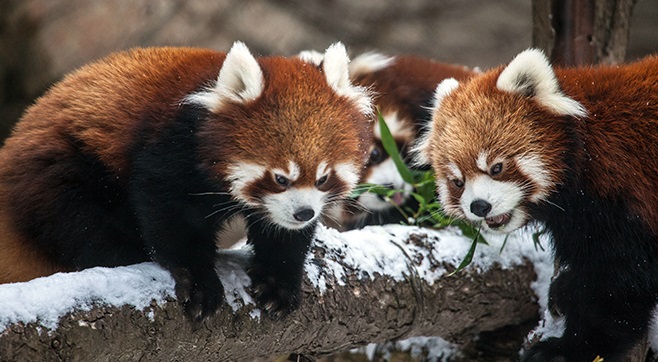 It’s not certain where the cubs will go next but they will be housed in one of the Association of Zoos and Aquariums–accredited institutions.

The cubs will be alternating time with their parents in the Kovler Lion House’s outdoor habitat over the next couple of weeks, but as with many things in Chicago, their presence outdoors will be dependent on the weather.

Zoo officials urge people who want to say goodbye to the zoo’s first ever red pandas to do it soon.

A middle school English teacher in southwest suburban Plainfield is spreading the life of poem.

Jennifer Gruca, an 8th grader teacher at John F. Kennedy Middle School, uses poetry as a tool for each of her students to see their own vulnerability. Gruca, who also leads the school's Poetry Club, is WGN’s Teacher of the Month.

MOUNT SINAI, N.Y. (NEXSTAR) – An employee at a New York cemetery died Thursday morning after a grave collapsed on him, authorities said.

The man, identified as 42-year-old Rodwin Allicock, of Coram, was working inside the 7-foot excavation around 8:30 a.m. when the earth caved in on him, the New York Daily News reports.

Senate parliamentarian Elizabeth MacDonough, the chamber's nonpartisan arbiter of its rules, found the minimum wage hike must be dropped from the COVID-19 bill, Democratic Senate aides Thursday told the Associated Press. Democrats are on track to push a sprawling COVID-19 relief measure through the House on Friday.

US carries out airstrikes against Iranian-backed militia facilities in Syria

Suburban man convicted of sexual assault, murder of toddler in 1997 released from prison