CHICAGO — As the popularity of vaping has increased, so too has the number of disturbing reports of vaping-related respiratory illnesses.

Now a Chicago law firm is filing a class-action lawsuit alleging companies are targeting teens, in addition to causing illness, respiratory problems, even inducing seizures in some users.

Dawson Grissom always had a natural ability to run. Blessed with strong lungs and strong legs, he said he’s been a runner since fifth grade.

Mom Somer Dunavan said he ran track, cross country, and even a marathon in 2018. But then she noticed the physically-fit 20-year-old started to change.

“We noticed behavior changes in him, he was angry, he was lashing out and we finally figured out he was vaping,” Dunavan said.

“Everyone was doing it,” Grissom said. “It just goes down easy on your throat – and flavor also.”

Last month, he walked out of the house ready to go to work, and was on the way to his car when he suddenly found himself on the ground.

“Felt the weird thing in my head, just went down,” Grissom said. “I was kind of like frozen.”

“He was completely stiff, I had no clue what was going on, he wasn’t talking,” Dunavan said.

Later, while at the hospital, Grissom had a seizure. Now he’s convinced it was connected to vaping.

“There’s really no other explanation, because I’ve been healthy my whole life until I started doing that my senior year,” Grissom said.

“This is a story we’re getting time and time again,” Moll said. “The class action is seeking to prevent the makers of the e-cigarettes from targeting children.”

Now 20, Anastasia Quercia said she started vaping when she was a 16-year-old high school student.

“Everyone else was doing it, they had it in school, in the bathroom, and I was like, ‘I want to be a cool kid,’” Quercia said.

She said companies like Juul targeted teens with fruity flavors and bold colors. She says developed an addiction, and developed health problems.

“I have mood swings, insomnia, anger level – like when I don’t have my vape, I’ll flip the house upside down,” Quercia said. 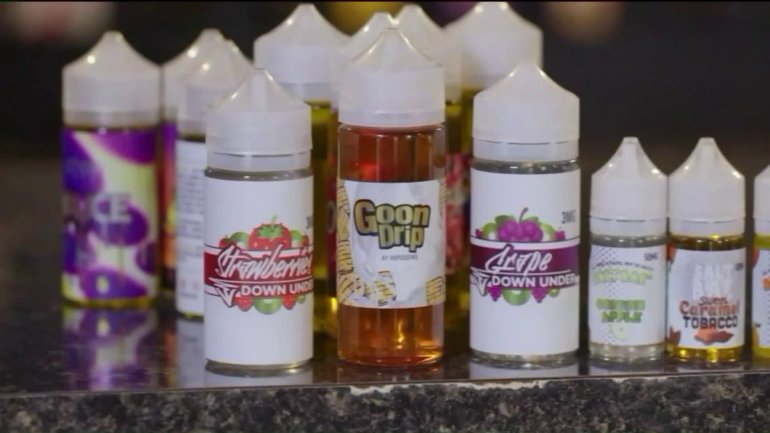 For Dawson Grissom’s mother, the lawsuit is really about a solving a public health problem.

“How many more kids need to get sick or die? It’s not just seizures, it’s not just addictions, there’s kids getting lung problems and they’re dying, and we need to figure out why and stop it,” Dunavan said.

“Through shared effort, we can significantly reduce youth access to, and use of, all vapor products, including JUUL products, while at the same time ensuring that adult smokers maintain access to a product that is helping millions of them switch from combustible cigarettes — a goal we all share.”

BOSTON — The U.S. National Security Agency says the same Russian military hacking group that interfered in the 2016 presidential election and unleashed a devastating malware attack the following year has been exploiting a major email server program since last August or earlier.

The timing of the agency’s advisory Thursday was unusual considering that the critical vulnerability in the Exim Mail Transfer Agent — which mostly runs on Unix-type operating systems — was identified 11 months ago, when a patch was issued.

WAUKEGAN, Ill. — A man from Waukegan was charged with four counts of predatory sexual assault that police say happened more than a decade ago.

Eliseo Calderon, 54, is accused of assaulting five girls who were 5 to 8 years old at the time of the alleged offenses. Detectives believe the crimes occurred between 2000-2006.

On May 14 at around 4 p.m,, Westchester police responded to the Westchester Health and Rehabilitation Center, located in the 2900 block of Wolf Road, on the report of an attack.

TJ Maxx, Marshalls, Home Goods to reopen most stores by end of June