The Sikorsky-76 helicopter that crashed Sunday, killing basketball legend Kobe Bryant, his daughter and seven others was previously owned by the State of Illinois, according to online aircraft database Helis.

When it flew Illinois governors, the helicopter carried the tail number N76ILL. An online database indicates the tail number was changed to N72EX in 2015 when it was purchased by the Island Express Holding Corporation of Van Nuys, California, the holding company of record at the time of the crash. Flight tracking websites show the helicopter received a new look, including the Nike swoosh logo and Kobe Bryant’s signature “sheath” insignia at some point after the 2015 ownership change. 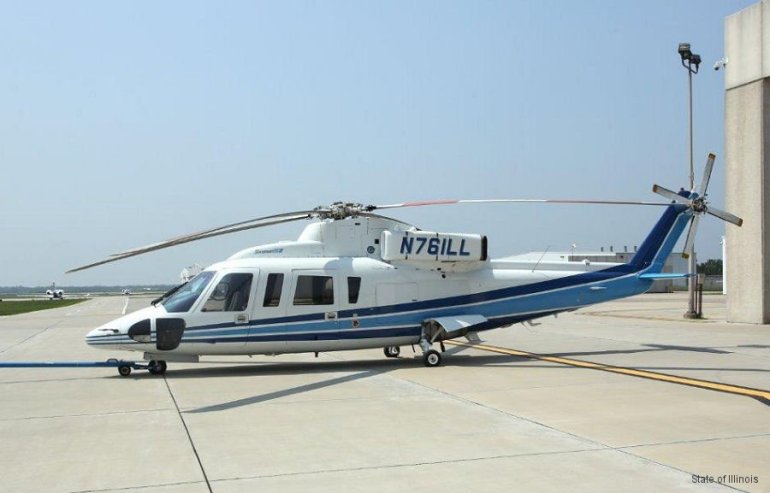 In 2015, then-Gov. Bruce Rauner said the state received $2.5 million for selling 5 aircraft. The state’s online auction page indicates the helicopter sold for $515,000 and includes photos of the interior and exterior at the time. A spokesperson for Illinois’ Central Management Services, the state agency which handled the sale, did not immediately respond to a request for comment.