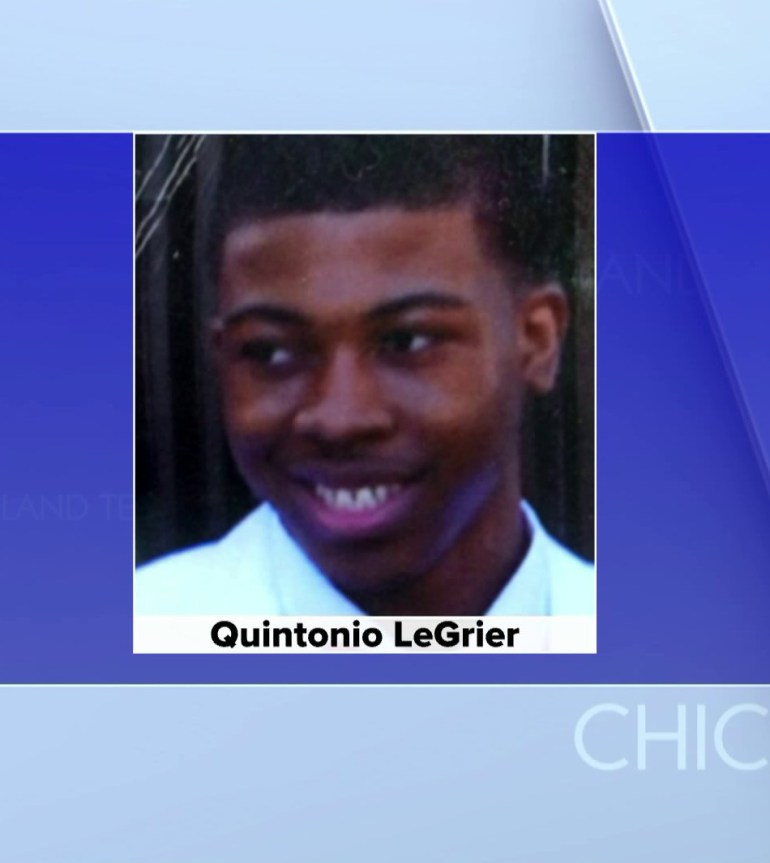 About 100 neighbors, community activists and others gathered outside the Chicago home where a 55-year-old woman and 19-year-old man were fatally shot by police.

Early Saturday morning, Jones' landlord and his son got into some sort of altercation on the second floor. The landlord called police and let Jones know to be on the lookout for officers once they arrived.

“She merely answered the doorbell and when the door was opened, she was shot to death,” Larry Rogers, Sr. the Jones' family attorney said.

Also shot and killed was LeGrier, a Northern Illinois college Sophomore, who family members say was holding a baseball bat when police arrived.

“They called for help. The police are supposed to serve and protect, but they're taking lives,” said Janet Cooksey, Quintonio LeGrier's mother.

This afternoon, Rev Jesse Jackson paid a visit and says after all the protests over the Laquan McDonald shooting, this latest incident is troubling to say the least.

“It is the 71st police killing in the last five years and only one of them has had a murder charge,” Jackson said.

The Jones family says Mayor Rahm Emanuel called to pay his condolences but they want more than that.

“This needs to stop,” Cooksey said. “No mother should have to bury her child.”

Mayor Rahm Emanuel issued a statement saying  he has asked the police department and the Independent Police Review Authority to immediately review the Crisis Intervention Team training that provides guidance on how officers handle calls for service that involve mental health crises.
The Mayor's statement went on:

There are serious questions about yesterday’s shootings that must be answered in full by the Independent Police Review Authority’s investigation. While their investigation is underway, we must also make real changes within our police department today and it is clear changes are needed to how officers respond to mental health crises.

This afternoon I directed the new Acting Chief Administrator of the Independent Police Review Authority and the Interim Superintendent of Police to meet with each other as soon as possible to review the Crisis Intervention Team training, around how officers respond to mental health crisis calls. I have asked that they determine the deficiencies in the current training, and determine what steps can be taken immediately to address them.

The changes we have made in recent weeks are just a beginning – not an end. We will continue to ask tough questions of the police department, of the investigative agencies, and of ourselves, to drive the reforms the people of Chicago deserve and expect.

FLORENCE, Ky. (AP) — An arm-wrestling contest between a father and son turned violent and led to an eight-hour standoff with Kentucky deputies, authorities said.

CHICAGO --   With the temperature pushing 100 degrees, frustrated, hot people stood in line for hours to get into driver's license facilities across the state Tuesday.

Outside the driver’s license facility in Lawndale, the line snaked for several blocks. Debra Davidson said she had just finished six-and-a-half hours after getting in line at 7:30 a.m.

CHICAGO — What’s behind the spasm of violence now being experiencing in several major cities including Chicago? Research from a pro-police group blames local prosecutors and what they say is a declining conviction rate.

Eighty-seven were shot and 17 were killed over the Fourth of July weekend.

FDA adds to list of hand sanitizers to avoid, making it 14 total

Trump says he will pressure states to reopen schools in fall