CHICAGO — Authorities in Indiana have arrested a man who is accused of sexually assaulting two young girls in Chicago. 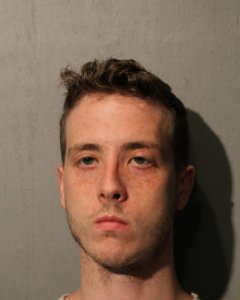 Best is accused of entering  two homes in the city’s Lincoln Park neighborhood within a 20-minute span on May 27th.

Police said he broke into a home in the 400 block of West Belden Avenue around 2 a.m. and sexually abused a 13-year-old girl who was asleep in her bedroom.

About 20 minutes later and a block away on Grant Place, police said he broke into another home and sexually abused an 11-year-old girl who was also sleeping.

Best is being extradited to Chicago where he may face more charges.

The fourth wave of COVID-19 is exacerbating the ongoing crisis for the nursing workforce and has led to burnout for many nurses. As a result, many are quitting their jobs in substantial numbers all across the country, with 62% of hospitals reporting a nurse vacancy rate higher than 7.5%, according to a 2021 NSI Nursing Solutions report.

But the global pandemic has only worsened problems that have long existed within the nursing profession – in particular, widespread stress and burnout, health and safety issues, depression and work-related post-traumatic stress disorder, and even increased risk of suicide.

CHICAGO –  The sounds of sweet music filled Kedzie Boulevard, beckoning Logan Square residents to step outside for a fun-filled Sunday.

Stretches of Logan and Kedzie shut down to car traffic for the first stop on the city's "Open Boulevards" tour.

(WJW) — After FBI Denver confirmed that remains consistent with 22-year-old Gabrielle “Gabby” Petito's description were found in Wyoming near the east boundary of Grand Teton National Park Sunday, the YouTuber's father took to social media to pay tribute to his daughter.

The FBI said in a statement that the remains were found near the Spread Creek Dispersed Camping Area in the Bridger-Teton National Forest.

Teams to pick up search for Brian Laundrie on Monday