SPRINGFIELD, Ill. — The Illinois Senate voted Wednesday to move from a flat tax system to a graduated one.

The legislature took a big first step passing a measure to remove Illinois’ flat tax system and replace it will a graduated one by voting 40 to 19. The current flat tax rate is 4.95%.

Democrats said the new system would generate $3.5 billion in revenue.

“There is no other plan on the table to deal with $3.4 billion in a structural deficit that we all know we have,” Sen. Toi Hutchinson (D-Chicago Heights) said.

If voters eventually approve a constitutional change, these are the rates Democrats are proposing for single filers: 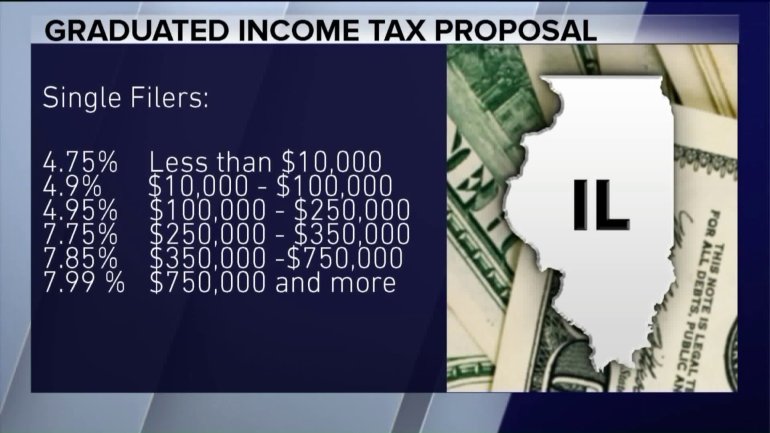 These are the rates they are proposing for joint filers: 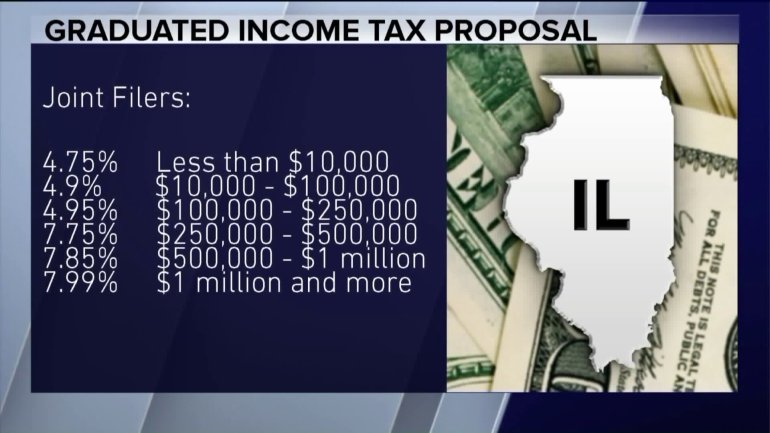 “Is Springfield to be trusted with even more of your hard earned money?” State Rep. Grant Wehrli (R-Naperville) said.

“Where are the spending controls? Where are the efforts to hold the line on new spending initiatives? There are none,” State Rep. Margo McDermed (R-Frankfort) said.

To try to attract Republican support, Democrats introduced and passed amendments to put in place a property tax freeze and repeal the so-called “death tax.” Both measures take affect only if the graduated income take becomes a reality.

The income tax constitutional amendment now heads to the House where a supermajority is needed. If the measure passes the House, it will be placed as a question on the November 2020 ballot.

(AP) - Twitter has temporarily suspended the account of Rep. Marjorie Taylor Greene, the Republican U.S. Congresswoman from Georgia who has expressed racist views and support for QAnon conspiracy theories online.