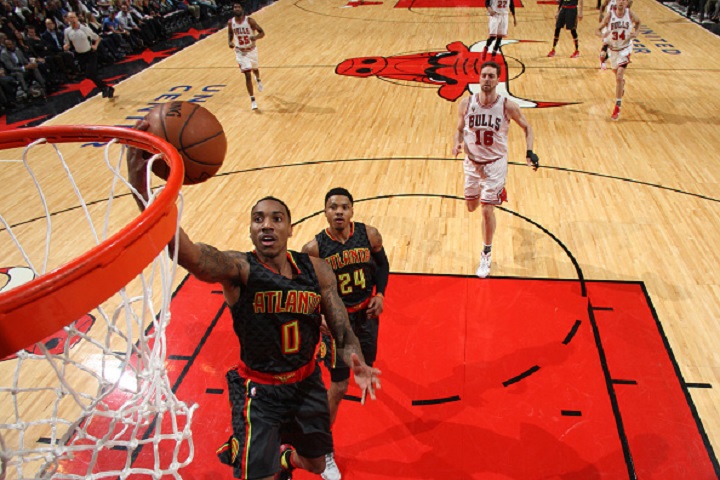 Dennis Schroder had 18 points and hit three of his team’s 13 3-pointers. Paul Millsap scored 15, and the Southeast Division leaders headed into the All-Star break on a winning note after back-to-back losses to last-place Orlando.

The Hawks led by five at halftime and broke it open in the third quarter, sending the sloppy Bulls to their fourth straight loss and 13th in 18 games.

Pau Gasol had 20 points and 10 rebounds for Chicago after being selected Tuesday to his sixth All-Star team as a replacement for injured Bulls teammate Jimmy Butler.

CHICAGO - A natural gas leak near W. Palmer Street and N. Spaulding Avenue in south Logan Square has cut off service to 1,300 people.

The outage is expected to last through Wednesday.

BARRINGTON HILLS, Ill. - Two Barrington Hills police officers helped bring a sense of calm moments after a baby was delivered on a side of the road Tuesday morning.

ROBBINS, Ill. –  A birthday celebration was held Tuesday for a woman known by locals as the "Queen or Robbins."

‘Such an amazing kid’: Oak Lawn H.S. mourns senior who died of COVID-19