AUSTIN, Texas — Former Bears running back Cedric Benson died in a motorcycle accident in Texas. He was 36. 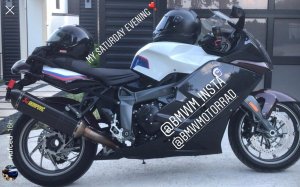 Benson’s attorney, Sam Bassett, said Austin law enforcement told him that Benson was killed in the wreck Saturday night. He had no details about the accident.

Hours before, Benson posted an image of the vehicle on his Instagram story saying, “My Saturday evening!”

He was the only player in University of Texas history to rush for at least 1,000 yards in four seasons and was inducted into the university’s Hall of Honor in 2014.

Benson was drafted No. 4 overall by the Bears in 2005 and helped Chicago reach the playoffs the following season. He played 35 games in three seasons with the Bears, amassing 1,593 rushing yards and 10 touchdowns.

Benson had his finest years with Cincinnati from 2008-11, taking over as the featured back on a team that made the playoffs twice but lost in the first round each time.

CHICAGO — Two people have died and six others were injured in separate shootings in Chicago as the city enters the Fourth of July weekend.

KILLEEN, Tx. (WDVM) — A 22-year-old woman is facing federal charges for her alleged involvement in the disappearance of U.S. Army Specialist Vanessa Guillen.

A criminal complaint was filed against Cecily Aguilar on Thursday, charging her with one count of conspiracy to tamper with evidence, according to a press release sent by the United States Attorney’s Office, Western District of Texas.

TIJUANA (Border Report) -- Due to the ongoing COVID-19 pandemic, bars in Tijuana and neighboring cities will be closed throughout the 4th of July weekend.

The holiday traditionally means a large number of American tourists heading south of the border to celebrate, something that has been widely anticipated by many bars and nightclubs that have been unable to open for the last three months.

Check out these Fourth of July freebies, deals, and specials