PARK RIDGE, Ill. -- When a 55-year-old suburban man was stabbed to death in River North nearly a month ago, he left behind a family and a thriving business.

The fiancée of Mike Beedle, Barbara Misiur, spoke about the tragedy and is calling for a change in mental health screening in Cook County. 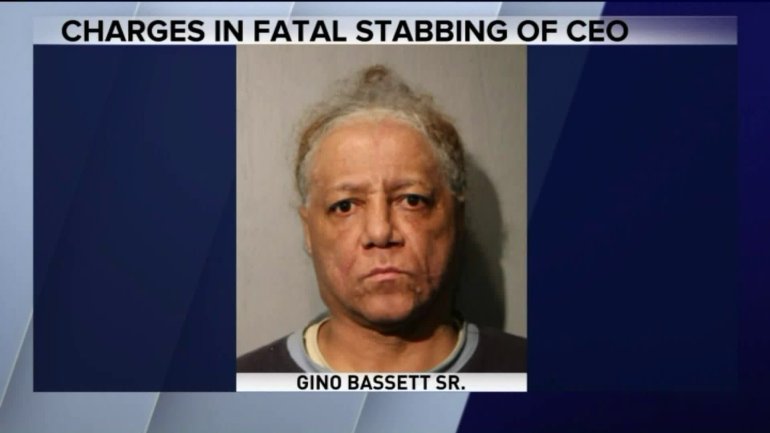 Gino Bassett, 56, is the man who has been charged with fatally stabbing Beedle.

She said her heart is broken after the death of her fiancé. She said what makes it worse is that the suspect not only has a long criminal history but mental health issues as well. Misiur said it was a total system failure.

Beedl was the founder and CEO of Enterprise Scrum from Park Ridge, stumbled out of an alley in the 400 block of North State Street in the early morning hours of March 23 after being stabbed in the neck after an armed robbery.

After reviewing video footage from businesses nearby and the CTA Red Line which he used for his escape, police identified Bassett because he has a long criminal history. He had been arrested 98 times prior to this murder charge. Over 20 of those arrests were felonies.

Misiur has three daughters with Beedle, and Beedle also had three children from a previous marriage. They were one week away from getting married.

LOUISVILLE, Ky. (AP) — Louisville, Kentucky, police said Monday that they had canceled vacations and were setting up barricades in preparation for the state attorney general's announcement about whether he will charge officers in Breonna Taylor's shooting death.

A statement from the department said all requests for vacation and days off were being canceled “until further notice” as the city awaits Attorney General Daniel Cameron's announcement. “It is important to note that (Cameron) has said there is no timetable for the announcement,” the statement added.

CHICAGO (AP) — A front-runner to fill the Supreme Court seat vacated by the death of Justice Ruth Bader Ginsburg is a federal appellate judge who has established herself as a reliable conservative on hot-button legal issues from abortion to gun control.

Amy Coney Barrett, a devout Catholic, is hailed by religious conservatives and others on the right as an ideological heir to conservative icon Antonin Scalia, the late Supreme Court justice for whom she clerked. Barrett met with Trump at the White House on Monday, according a person familiar with the vetting process who spoke to The Associated Press on condition of anonymity.

CHICAGO — A 10-year-old girl was among three people injured Monday evening in a shooting in East Garfield Park.

Police said a 10-year-old girl suffered a gunshot wound to the leg and was transported to Stroger Hospital in good condition.

Teens’ social media use is up during pandemic, and so is their parents’ concerns

Report: Chicago issued 35,000 tickets amid confusion over enforcement suspension at start of pandemic