FOX RIVER GROVE, Ill. — A giant ski jump peeks over the trees in Fox River Grove, the highest of several runs at the volunteer-run Norge Ski Club. Dating back to the early 1900s, the club works to promote the sport of ski jumping and now counts multiple Olympians among its members. Here’s their story — in their own words.

Ski jumping first came to the United States in 1887. The first ski jump ever in our country was up in Red Wing, Minnesota, then it just grew from there to different places all over. The Midwest has the most jumps, but then it expanded out west and out east.

Three Norwegians came over and started our ski club here in 1905. They used to go maybe a hundred feet, where now we go, you know, close to 250 feet.

You go over to Europe, ski jumping over there is like baseball and football over here. Back in the day, thousands of people used to come out from the city. They did ski jumps at Soldier Field, and Wrigley Field in 1949. 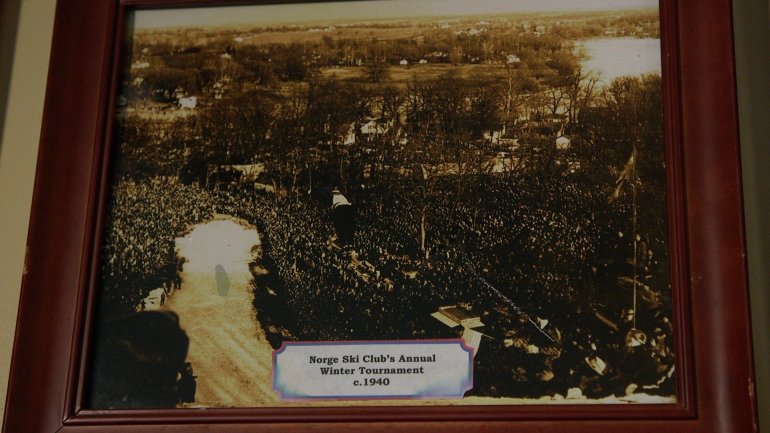 We’re just a volunteer club with a ski program for our own local junior kids. You know it’s unique, and we just provide for the sport. Anybody that wants to try it is more than welcome to come out.

Our jump now we bought in 2004. From the street to up on top, straight up is 150 feet. And we all did it, we put the lights up, we did all that stuff, we put the plastic on for summer skiing. We still work that way.

On a clear day, you can see the skyline downtown. You can see the Willis Tower, the John Hancock building. And then you get on your skis and go.

I first got involved here when I was seven years old, started jumping, My next door neighbor brought me out here one time and I got hooked and started skiing when I was seven and made my way up to the U.S. Ski Team.

We started more a full-time program with coaching back in 2000 and that’s when it kinda took off and then finally we got three guys that made the Olympic team a couple years ago. 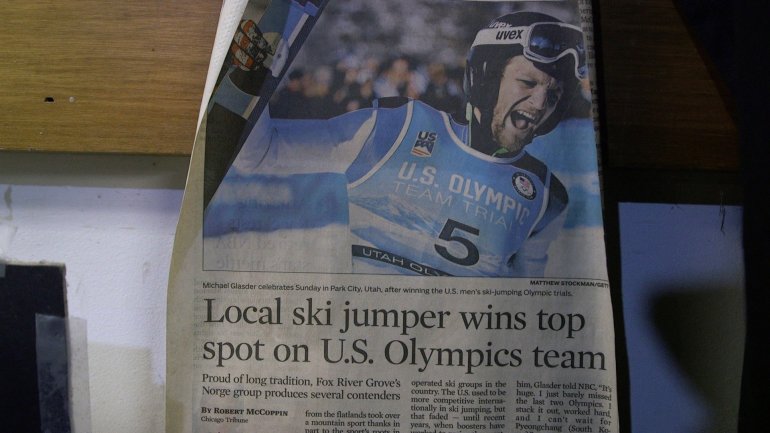 Surprisingly not everybody knows about it, but we kinda call it the best hidden secret in McHenry County.

My parents were kinda looking for something to keep me busy during the winter. so I don’t remember it, I was five, but my uncle
is coaching me and it’s time to go in and apparently I said I wanna stay out here until I get it right so, 25 years later here I am.

You kinda be a little shocked to hear this, but we’re really not thinking too much at the top of the jump cuz you know you’re going 60 miles an hour flying through the air. You can’t be thinking about too many things.

We pretty much come up with a game plan with our coaches, and we’re at most thinking about three things, one, your end run position coming down the ramp, and then two, right at the end of the jump is when you make your critical move, that’s kind of less than half a second, when you make your explosion into the air, and then three, kind of the second most important is the flying part. 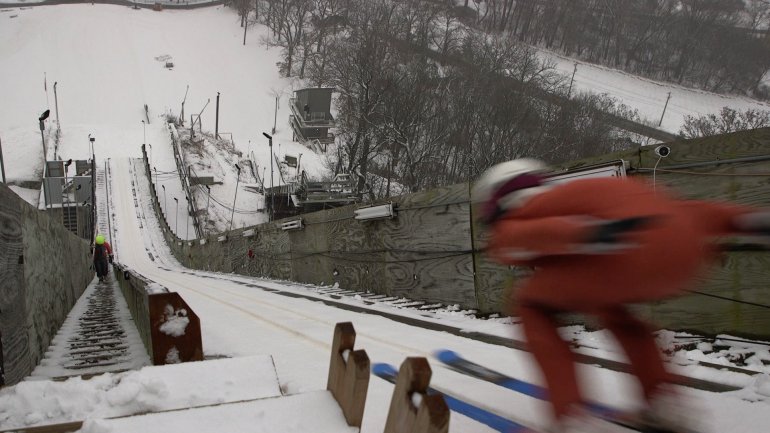 It’s my favorite thing in the world. I love the adrenaline rush that you get when you’re going down the hill and I love the people around everyone’s like a family, no matter where you’re from.

It was trend a long time ago. And then it kinda got lost and so now it’s coming back and kids are falling in love with it. Just like I did.

Yeah, the future is bright, especially here. I can’t remember the last time we’ve had so many young athletes skiing at such a high level and on all the small hills.

And that’s really what we need to keep the sport progressing, is just bodies and athletes to stick it out and realize that, you know, they can get  to the Olympic level, and possibly win some medals in the future. 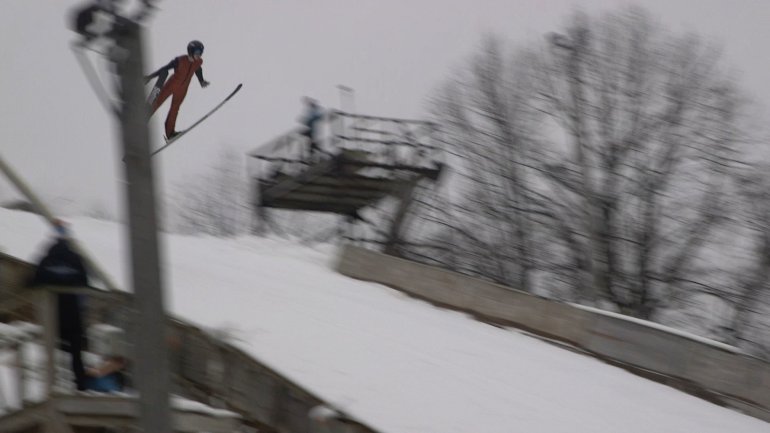 No injuries after flames rip through West Town buildings

Residents can pick up abandoned parade items at Highland …

No injuries after flames rip through West Town buildings

Arrest made after threat called into Brookfield Zoo

Arrest made after threat called into Brookfield Zoo