CHICAGO — A former Chicago police commander has been charged with stealing Social Security funds in a scheme lasting more than 23 years.

Kenneth Johnson is accused in U.S. District Court of bilking the Social Security Administration out of $363,064 from about June 1994 to November 2017.

The Chicago Tribune reports the 54-year-old Johnson is scheduled to be arraigned next week.

Attorney, Michael Clancy said Wednesday that Johnson has cooperated with the federal investigation and consented to being charged by information rather than a grand jury indictment.

Chicago Police Superintendent Eddie Johnson says he is “shocked and very disappointed” by the charges against Kenneth Johnson, which he learned about late Wednesday from the U.S. attorney’s office.

As commander, Kenneth Johnson earned praise for overseeing big reductions in violence in Englewood, one of the city’s most dangerous districts. 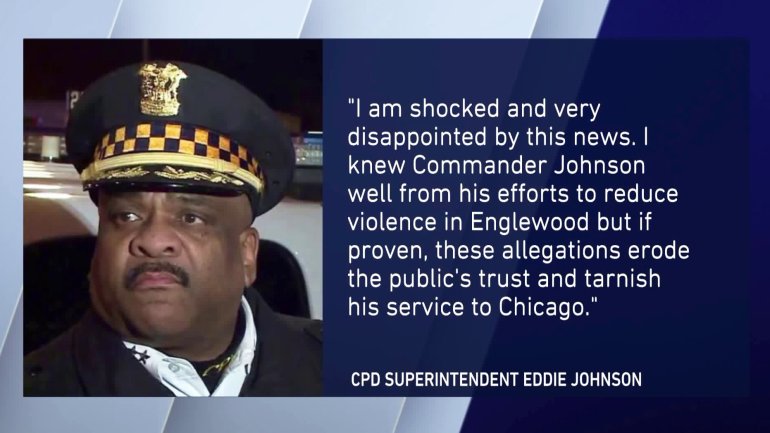 A middle school English teacher in southwest suburban Plainfield is spreading the life of poem.

Jennifer Gruca, an 8th grader teacher at John F. Kennedy Middle School, uses poetry as a tool for each of her students to see their own vulnerability. Gruca, who also leads the school's Poetry Club, is WGN’s Teacher of the Month.

MOUNT SINAI, N.Y. (NEXSTAR) – An employee at a New York cemetery died Thursday morning after a grave collapsed on him, authorities said.

The man, identified as 42-year-old Rodwin Allicock, of Coram, was working inside the 7-foot excavation around 8:30 a.m. when the earth caved in on him, the New York Daily News reports.

Senate parliamentarian Elizabeth MacDonough, the chamber's nonpartisan arbiter of its rules, found the minimum wage hike must be dropped from the COVID-19 bill, Democratic Senate aides Thursday told the Associated Press. Democrats are on track to push a sprawling COVID-19 relief measure through the House on Friday.

US carries out airstrikes against Iranian-backed militia facilities in Syria